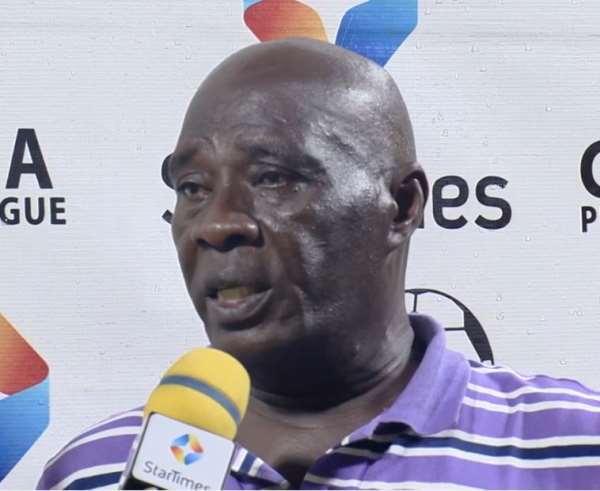 Head coach for Great Olympics, Annor Walker has indicated that his team lacks hungry players who are willing to work.

The Accra-based club currently sits 10th on the standings of the ongoing 2019/2020 Ghana Premier League season after recording 5 wins, 3 draws, and 7 defeats.

Though Coach Annor Walker only took charge of the club last month, his impact has been felt on the team and has helped to lift the side further away from the drop zone.

In a recent interview, the experienced gaffer has revealed that Great Olympics will recruit at least 9 players to boost their squad for the second round of the season.

“You can all testify that Olympics does not have players who are hungry to work. Honestly, the central defense is my problem. Besides attacking I don’t have midfielders. Modern football that we play with offensive midfielders. It doesn’t matter if you have one striker if you have more midfielders like 4 in a match it helps a lot”, coach Annor Walker said after his team beat Liberty 2-1 last Saturday.

He added, “Am going to recruit central defenders, maybe 1 utility player in the laterals, then the midfielders like I said then a top goal scorer. I have strikers but I want a sharp striker who can finish for me. Roughly if I should sign like 8 players I will be okay”.