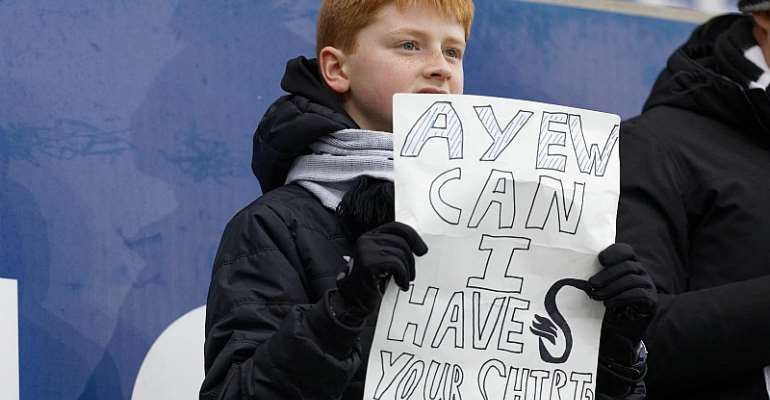 A young Swansea City fan was at the Liberty Stadium on Saturday as the Swans defeated Huddersfield Town 3:1 in English Championship.

The Ghanaian captain’s goal was his 11th of the season for the Swans in the English Championship this term.

However, Chris Willock levelled the scores for the visitors 12 minutes from time but the Welsh club responded with two late goals to get themselves back into playoff contention.

Swansea won the game 3-1 at home and their hope of a top-six finish is still on course with just five points behind the top six spot.

Ayew, 30, has now bagged 11 league goals in 32 appearances for Swansea this term and remains Swansea’s top scorer in the league.

After the game, the young supporter was spotted with a placard which says, "Ayew can I have your shirt?. 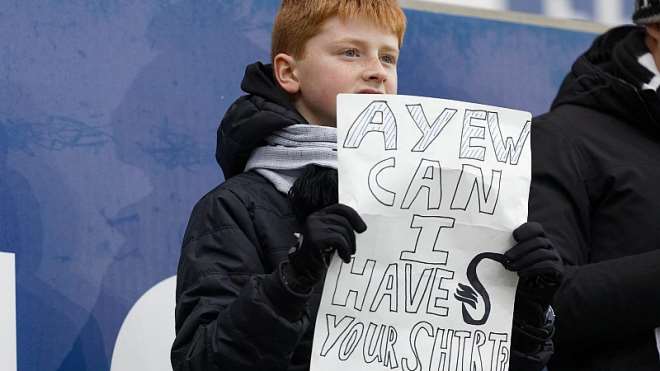