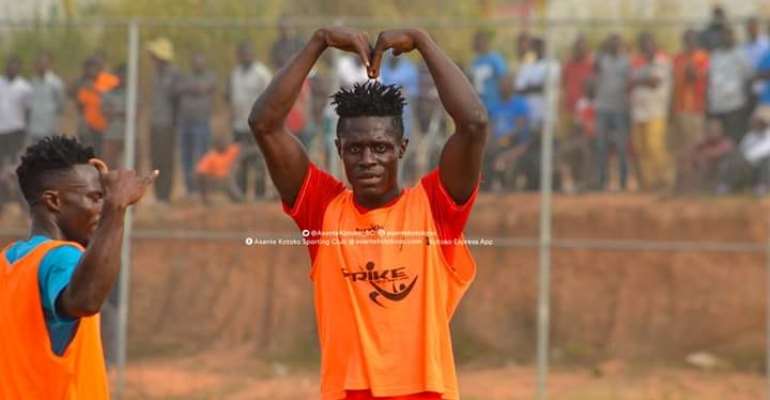 The 20-year old striker hugely announced his presence at the club as he struck five times to prove his great scoring ability to head coach Maxwell Konadu.

Meanwhile, Burkina Faso striker Songne Yacouba, whose contract issue with the club is yet to be settled, scored a brace to remind coach Maxwell Konadu of his potency up front.

Youngster Mathew Cudjoe Anim, Maxwell Baako, Naby Keita and Augustine Okrah were all on target as the Porcupine Warriors dismantled the lower tier side.