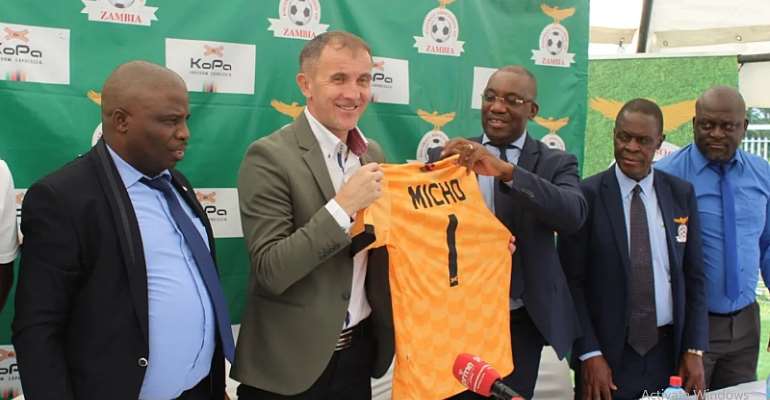 Serbian Milutin 'Micho' Sredojevic has been confirmed as the new Zambia coach.

The Serb was unveiled on Monday, 3 February 2020 in Lusaka after agreeing to lead the 2012 Africa champions on a two-year deal.

"Knowing what football means to you all as your second religion, and I am fully aware of the responsibilities that are in front of me and I appreciate the past and all the great stakeholders who have built the brand of Zambian football," Sredojevic said.

“Knowing the responsibilities ahead of me, I come in front of you to become a partial mosaic of Zambian football."

Sredojevic takes over from Belgian Sven Vandenbroeck who left the Zambia post last March following the expiry of his eight-month stint as Chipolopolo coach.

And Micho returns to the bench just two months after he was fired by Egyptian club Zamalek following half a season with the five-time CAF Champions League winners.

This is the ex-Orlando Pirates coach third national team assignment after previously overseeing Rwanda and Uganda.

His first official competitive game will be next month when Zambia plays Botswana in a Total 2021 AFCON Group H qualifier at home and away during the week of March 23-31. The Chipolopolo are rock bottom of Group H on 0 points after two games played while defending Total AFCON champions Algeria lead on maximum 6 points.

Zimbabwe are second with 4 points while Botswana are third on 1 point heading into their Group H doubleheader date against Chipolopolo.