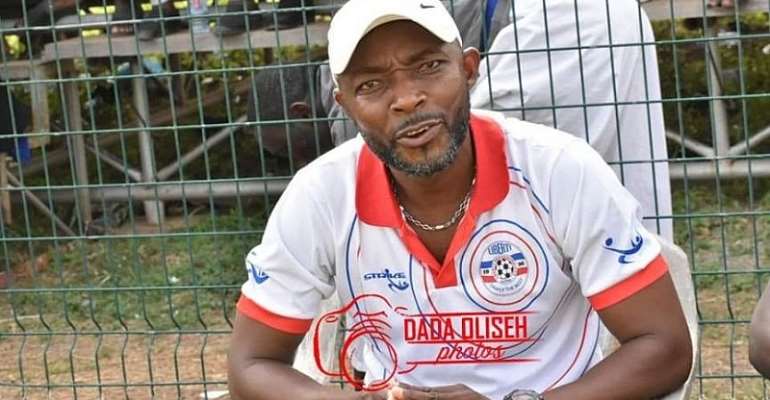 Liberty Professionals head coach David Ocloo is disappointment at his side’s failure to defeat Asante Kotoko in their Ghana Premier League matchday 8 fixture, insisting that the Scientific Soccer Lads should have clinched all three points in the game.

Liberty were in cruising to away win after Tamimu Muntari gave them the lead in the second half, but striker William Oiku Mensah restored parity for the Porcupine Warriors with few minutes to full time.

The striker who was introduced into the game after recess, capitalized on a communication gaffe between goalkeeper Ganiwu Shaibu and his defender to save the hosts from defeat.

The Scientific Soccer Lads had so many good scoring chances to win the game but were denied by the intelligent goalkeeping of Kwame Baah.

Speaking to the media after the game, Ocloo expressed his disappointment on his team’s failure to walk home with all three points.

"I’m very disappointed with the draw because we came here to beat Kotoko. But that is what we got. It’s unfortunate we had to miss the chance.

"Against Dwarfs and WAFA, we were clinical so we buried those chances. We will take it like that.”﻿

The draw means Liberty Professionals are still unbeaten in four away games this season picking up two wins and two draws.