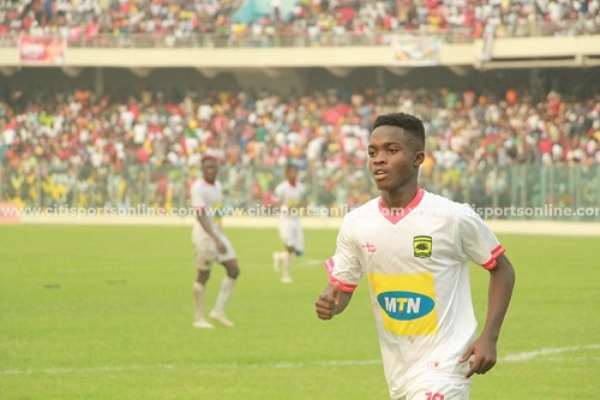 The playing body of Asante Kotoko received a whopping Ghc2,000 each for their 1-2 win over Accra Hearts of Oak on Sunday.

Mathew Anim Cudjoe has donated 50% of the amount which is Ghc1,000 to Augustine Oppong. a Kotoko fans who was shot with a rubber bullet in the eye during a league game against Berekum Chelsea to support him as he recovers.

According to the representative of the player, Samuel Anim Addo said that his player doesn’t need money so they would give whatever he earns from playing back to society.

Anim Cudjoe has been the talk of the town after moving straight into the star-studded Asante Kotoko team.