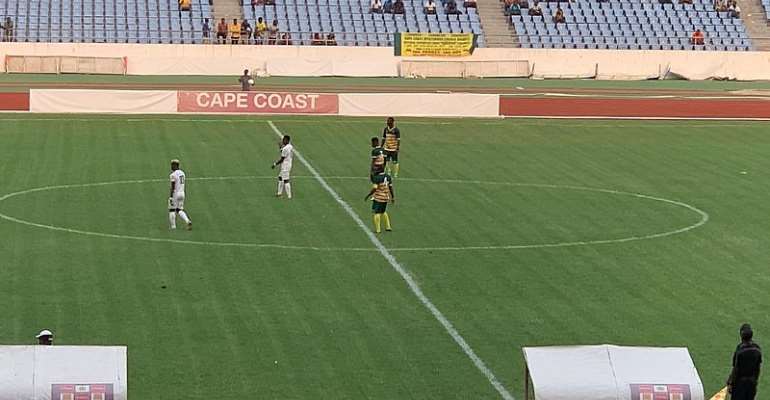 Ebusua Dwarfs have finally bagged their first 3 points of the 2019/2020 Ghana Premier League season after defeating Dreams FC 2-1 at the Cape Coast Stadium on Monday afternoon.

Until today, the Cape Coast-based club was the worst performing team in the Ghanaian top-flight and had failed to pick up any points from their first five matches in the division.

Under a new coach who showed promise in his first match in charge against Asante Kotoko in the team’s last outing, Ebusua Dwarfs has managed to cruise past Dreams FC with a two-one win.

Coach for the side Ernest Thompson Quartey paraded a strong team to face the Still Believe Lads who are enjoying a good start to the season.

At the end of a tough match, the Crabs beat their visitors courtesy strikes from Seidu Abubakar and Albert Hammond. Though Kwame Otu found the back of the net in the dying minutes of the match, it had no bearing on the outcome of the clash.

Dwarfs will now hope they can build on today’s win in subsequent matches to ensure they climb out of the relegation zone.