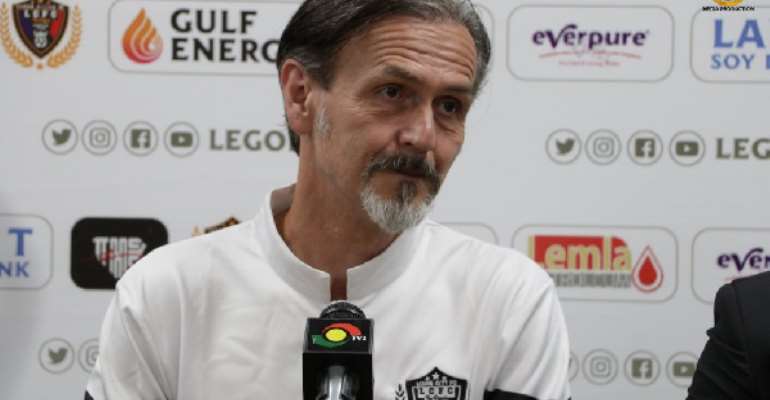 Head coach for Legon Cities FC, Goran Barjaktarevic was left relieved after his team posted an important 1-0 win over Bechem United in the Ghana Premier League on Friday night.

Prior to the encounter, the Royal club had gone five matches without a win. In that difficult run, they suffered 2 defeats against Asante Kotoko and Aduana Stars while drawing the other 3 matches

In need of a win to inspire confidence in the rebranded Wa All Stars side, the team put up a good fight on Match Week 6 of the top-flight league yesterday when they hosted Bechem United at the Accra Sports Stadium.

At the end of a pulsating encounter, a lone goal scored from a free-kick position by Abdul Karim Jabila was enough to hand Legon Cities FC its first win of the ongoing season.

At a post-match press conference, coach Goran Barjaktarevic said, “We won our first game of the season and that is massive”.

The German tactician added, “1-0 scoreline? It doesn't matter. The important thing is the 3 points tonight.

“Take the pressure off. Let the boys enjoy their win and the first three points”.

Up next for coach Goran and his Royal army, they will play as a guest to Karela United on Match Week 7.

Arrest Any Chief Involved In Galamsey - NPP Communicator
11 minutes ago