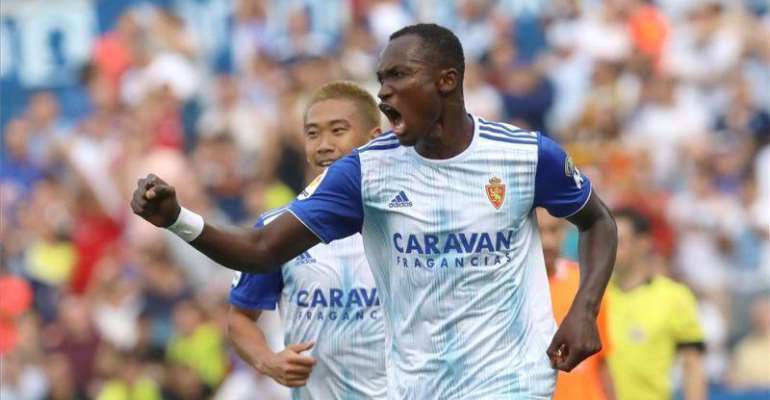 The 26-year-old suffered a career-threatening heart injury that saw his career truncated by the medial department of Spanish side Real Zaragoza in October last year.

It is unknown if the promising forward will be in action after the successful surgery after he was advised by doctors to halt his football career.

An official released by Real Zaragoza reads: "Real Zaragoza footballer Raphael Dwamena has been successfully intervened at the Miguel Servet University Hospital in Zaragoza of his heart problem. The operation, which has been developed by the medical team of the Arrhythmias Unit of the health centre, coordinated by Doctor Asso, in the presence of the Head of Medical Services of Real Zaragoza, Doctor De Los Martires, has consisted of two phases. The first has been the conduct of an electrophysiological study and, subsequently, the implantation of an ICD (Implantable Automatic Defibrillator), which protects you in case of severe arrhythmias."

In October last year, Spanish second-tier side Real Zaragoza has announced that its Dwamena has suffered a 'health problem' which prevents him from engaging in sports at the moment.

It was the second major health scare that Dwamena has suffered during his professional career.

It would be recalled that in August 2017, his then club FC Zürich had agreed a £10 million fee with English Premier League club Brighton & Hove Albion for the transfer of Dwamena.

He was set to join Brighton subject to passing a medical, obtaining a work permit and international clearance, however, the deal fell through after Dwamena reportedly failed his medical due to a heart condition. He instead, remained an FC Zürich player.

At the time, FC Zürich maintained that the deviation detected "has been judged as being neither harmful to health nor compromising the performance of a top athlete".