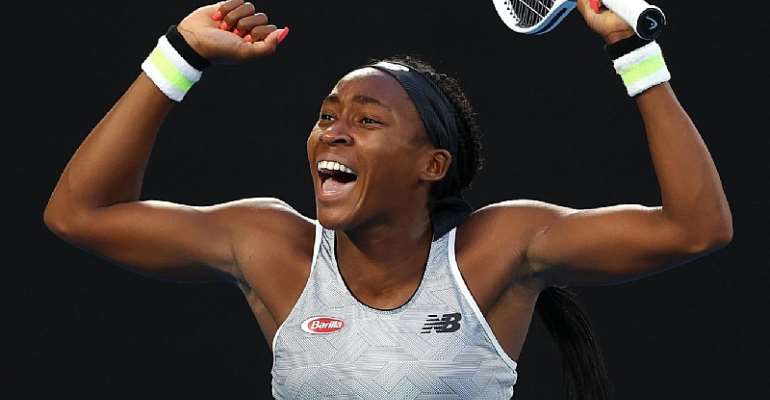 Coco Gauff put in a supreme display to beat defending champion Naomi Osaka in the third round of the Australian Open.

Four months after losing 6-3 6-0 to Osaka at the US Open, 15-year-old Gauff once more proved why she is a star in the making with a terrific 6-3 6-4 victory in her first outing on Rod Laver Arena.

Gauff, playing in her maiden Australian Open, faces either 14th seed Sofia Kenin or Shuai Zhang in the fourth round. 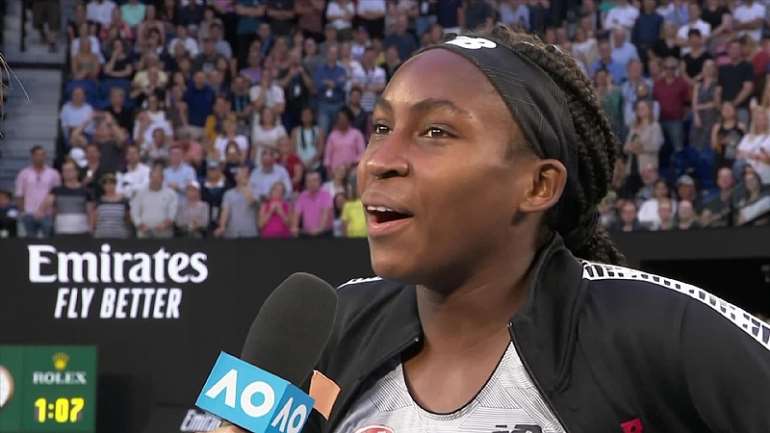 Back in September, Gauff was left in tears after picking up just three games in her US Open third-round meeting with Osaka, who consoled the American during an incredible display of sportsmanship.

This time around, Gauff could hardly believe her own achievement, putting her arms out in disbelief before letting the moment sink in.

'WHAT IS MY LIFE?'
“Oh my gosh, I don’t even know [where that performance came from]. From the crowd I guess," Gauff said on court afterwards.

" Honestly. What is my life? Oh my gosh. Two years ago I lost the first round in juniors. Now I’m here. It’s crazy."

“I love it down here. Thank you guys from the bottom of my heart. Oh my gosh I’m on Rod Laver Arena I can’t believe this!

“No [I’ve never met Rod Laver]. I’ve walked past him a couple times in the hallways but I never said hi because I’m a bit nervous. If he sees this, tell him we can set up a meet-up some time! I need a selfie for Instagram.”

And it didn't take long for Laver to reply on Twitter...

" Congratulations on your incredible victory tonight. I would love to meet you too."

Asked if she would like to know her next-round opponent, Gauff joked: “Sure, why not. I don’t really care at this point.”

HOW GAUFF POWERED PAST OSAKA
Gauff was simply flawless in the first set, not offering Osaka a single break opportunity before winning three games on the spin to take it 6-3.

Gauff then broke Osaka straight away in second set, but the third seed valiantly hit back immediately to bring it level.

However, Gauff stayed on top and showed no sign of nerves in her first-ever match on the Rod Laver Arena.

A break in the seventh game put her ahead once more, and she sealed it with her first match point in the 10th to win in 68 minutes.

Seven electrocuted, five others injured at Amanfrom
57 minutes ago