I Am Ready To Help CK Akonnor – Kwesi Appiah 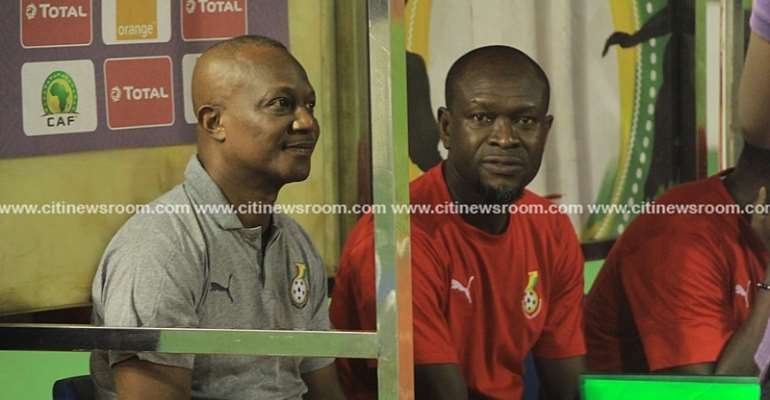 James Akwesi Appiah, immediate past head coach of the Black Stars says his doors are always open to CK Akonnor, should he need any advice on the job.

Akonnor has been named as the new head coach for the Ghana’s senior football national team on a two-year deal.

According to the 59-year-old, he said he is ready to support the new Black Stars coach in order to ensure that he is successful.

He also disclosed that CK Akonnor actually consulted him before taking up the Black Stars job.

“He (CK Akonnor) came home to have a conversation with me and I think it’s a very good thing, some of us will provide him with any support or advice he needs because Black Stars is not for only one person,” he said, as quoted by Ghanasoccernet.com.

Appiah was reappointed as Black Stars coach in 2017, taking over from Israeli manager Avram Grant.

However, his tenure came to an end on December 31, 2019, after the GFA declined the chance to have it renewed.

Appiah was on a $35,000 per month contract following his second coming as coach of the national team.

However, according to him, he could tell that the new FA wanted him out due to the lack of communication concerning his contract.

“When you are working and the people in charge are not telling you anything, it obviously means that they want you out of the job,” Appiah told Nhyira FM last week.

“The FA owes me six months’ salary. I am not bothered but I only hope that they will pay me.”