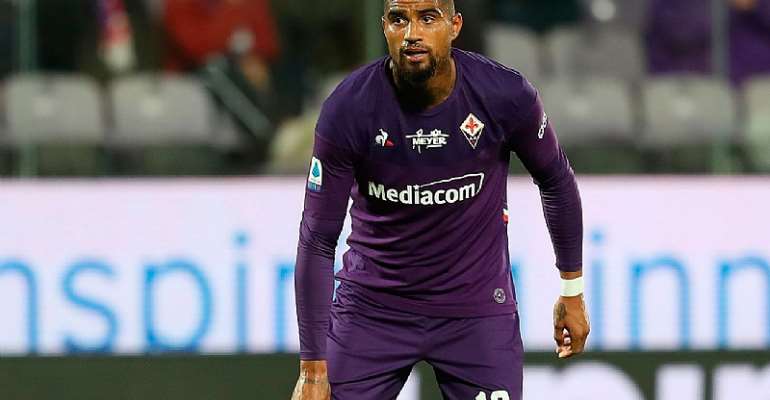 Ghana forward, Kevin Prince Boateng will leave Fiorentina at the end of the season.

The 32-year-old has failed to impress since joining the club last summer from US Sassuolo.

Following his unimpressive loan spell at Barcelona, Boateng failed to agree on a new deal Sassuolo and opted to join fellow Serie A side.

After 15 matches played in all competition, the former Borussia Dortmund striker has scored just a goal for his side.

According to La Gazzetta dello Sport, other Italian Serie A have also expressed their interest in signing the former Schalke 04 striker.