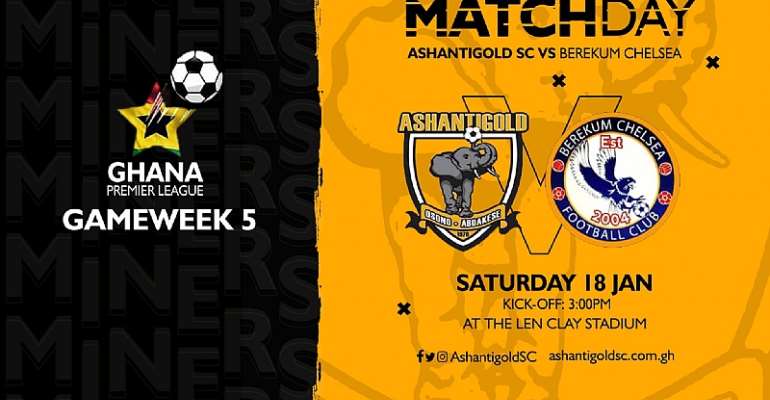 Ahead of the titanic clash between Obuasi Ashanti Gold and Berekum Chelsea in the Ghana Premier League this afternoon, both managers have named their starting eleven's for the meeting.

The Miners will go up against the Berekum based side at the Obuasi Len Clay Sports Stadium with both teams boasting of an unbeaten record from the first four matchdays.

Ashgold head coach Sheriff Yakubu Mambo has named a strong team but will have to cope without star-man and Captain Shafiu Mumuni who is reportedly not in the country at the moment.

His opposite number, Coach Joseph Asare Bediako has a full squad and has named dangerous forwards Jonah Attuquaye and Kofi Owusu in his first eleven for the encounter.

The crucial match between the two clubs on Match Week 5 of the Ghana Premier League season will kick-off at 15:00GMT.