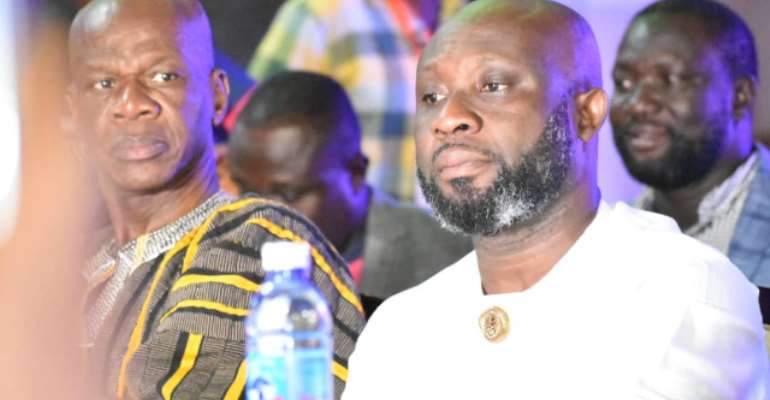 Executive Council Member of the Ghana Football Association, Randy Abbey has revealed that he had to kneel down and beg George Afriyie to concede defeat.

The Okyeman Planners owner and bankroller was touted as favourite to win the Ghana FA high seat.

However, the elections grounds at the College of Physicians and Surgeons in Accra, Kurt Okraku was who considered as a novice to occupy the position as the Ghana FA boss won the first round by pulling 44 votes with George Afriyie pulling 40 votes.

However, in the second round, Mr Kurt Okraku missed the required 50% plus one by just two votes after he secured 59 votes whiles George Afriyie got 43 votes with Nana Yaw Amponsah also earning 16 votes.

The election was then thrown into a third round of voting in accordance with the GFA Statutes and to elect a winner who can cross the 50 plus one mark.

Mr George Afriyie, however, announced his decision to pull out from the race and congratulated Mr Kurt Okraku.

However, a third round of voting was held with Mr Kurt Okraku as the sole candidate which saw him secure 93 votes to emerge as the winner of the elections.

But the former Communications Director of the Ghana FA reveals it took his intervention for Mr Afriyie to concede his defeat.

“When Osei Palmer was disqualified from the elections, the person who was favourite to win the elections was George Afriyie,” he told exclusively told Asempa FM.

“George Afriyie is a big figure in our football. He is a former Ghana Football Association vice president.

He continued, “After the first round of the elections, I was a bit surprised when Kurt Okraku had 44 votes but after the second round, I told George Afriyie that he should bow out with some grace and dignity because some people had told him he should not give up but if you do an analysis of the votes, there was no way George Afriyie could have won the elections.

“I had to kneel down and beg him to bow out but he told me I should not do that but after that, he came and concede defeat. George Afriyie is my friend and we are still I touch despite losing the elections,” he added.