Asante Kotoko Support Fan Who Was Shot By Police 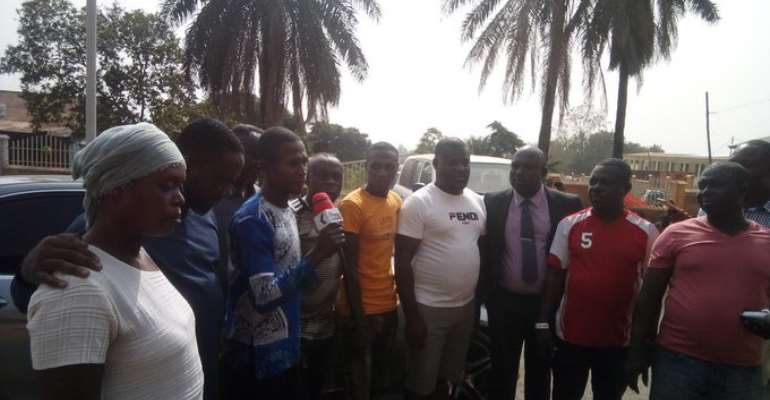 The Management and the supporters’ leadership of Asante Kotoko have affirmed their resolve to assist with the medical treatment of Augustine Opare, who sustained injury in the right eye, following a shooting incident at the Baba Yara Stadium, Kumasi, on Sunday, January 12, 2020.

Opare, a 26-year old commercial driver and supporter of the Club, who was left with gunshot wounds, was rushed unconscious to the Emergency Unit of the Komfo Anokye Teaching Hospital (KATH), the nation’s second-largest health referral facility, for treatment.

Nana Kwame Danquah, a Kotoko Management Member, leading a delegation of the Kotoko faithful for a visit to the injured supporter at the Hospital, said the team had taken a serious view of the development and would act accordingly.

He assured that they would mobilize the needed resources to facilitate the medical treatment of the injured supporter, and called for calm amongst their followers.

Hospital authorities disclosed to the GNA Sports that Opare was responding steadily to treatment, but would ostensibly, had to undergo further medical treatment in view of the extent of his injury.

The incident was sparked by an attempt by the Kotoko supporters to vent their spleen on referee Charles Bulu, who they accused of biased officiated in their matchday three fixture against visiting Berekum Chelsea.

The ensuing anger exhibited by the aggrieved supporters was met with a response from the police on duty as they fired warning shots to disperse the marauding crowd.

The Ashanti Regional Police command had since opened investigations into the incident.