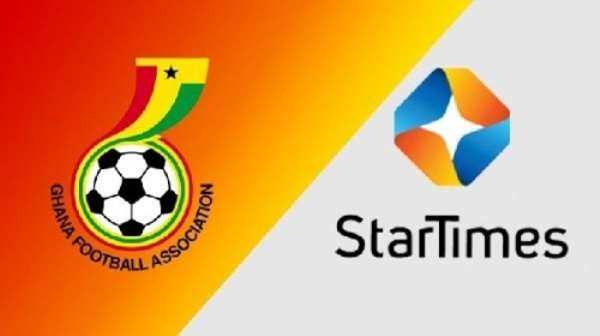 Head of Marketing of StarTimes, Mrs Akorfa Banson says her outfit has invested in the latest gadgets to bring their coverage of Ghana Premier League to meet international standards.

The Chinese Television Network emerged as the winners of the competitive bidding process after the GFA accepted their offer, which was the best among other bids on January 8, 2020.

StarTimes completed a deal to broadcast live the 2019/20 Ghana Premier League as well as the FA Cup matches for the next five years in a deal worth USD$5.25 million.

Speaking at a press briefing on Friday, Akofa Benson said StarTimes has invested heavily in the latest sports broadcast solutions and software which will bring the image of the Ghana Premier League to international standards.

According to her, despite her company securing the TV rights of the Ghana Premier League with an amount of USD$5.25 million for 5 years, they will further invest an additional $1,000,000 on production and $500,000 on promotion.

She stated that 38 live games will be produced for the remaining first half of the season in a bid to give all the clubs equal TV exposure.

She further confirmed that StarTimes will commence their live broadcast of the domestic top championship in the game between Hearts of Oak and Ebusua Dwarfs on Sunday, January 12 at the Accra Sports Stadium.