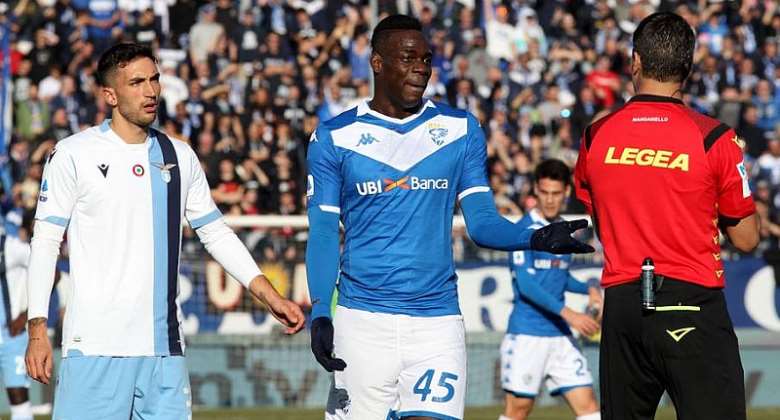 Lazio were fined 20 000 euros on Wednesday for the racist abuse some of their fans aimed at Mario Balotelli during their 2-1 Serie A win at Brescia at the weekend.

In its decision, the disciplinary committee of the Italian football federation (FIGC) referred to "racially discriminatory" chants in the 21st and 29th minutes, and "insulting chants" on three occasions, all aimed at Balotelli.

The disciplinary committee also requested further investigation saying it wanted, among other things, proof of Lazio's "effective collaboration in identifying the individuals involved."

Lazio, who after the game issued a statement condemning the behaviour of a "tiny minority" of fans, subsequently promised to "prosecute" those responsible.

Balotelli gave Brescia the lead after 18 minutes of the match on Sunday and shortly afterwards complained to the referee about the abuse.

"It's already the second time," Balotelli told referee Gianluca Manganiello after half an hour, with the latter replying: "Now I'll take care of it".

The referee briefly interrupted the match, and while an announcement was read over the stadium speakers reminding spectators that play would be suspended and their club penalised if they continued, Lazio coach Simone Inzaghi gestured in front of the visiting fans to stop the chanting.

"Lazio fans that were today at the stadium SHAME ON YOU! #saynotoracism", Balotelli posted on Instagram after the game.

Racist incidents have been a recurrent problem in Italian stadiums in recent seasons.