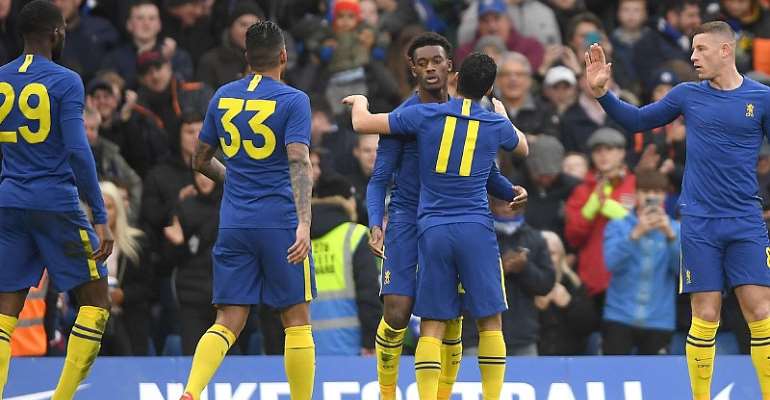 Callum Hudson-Odoi scored one goal and made another as Chelsea beat Nottingham Forest in their FA Cup third-round tie.

The hosts only needed six minutes to score as Hudson-Odoi cut in from the right and shot into the bottom corner.

Forest, fourth in the Championship, were then awarded a penalty but, after a lengthy video assistant referee delay, the decision was reversed.

Chelsea soon had a second goal when Hudson-Odoi's shot was parried with Ross Barkley scoring from close range.

The Blues, who have won the FA Cup on eight occasions, will find out their fourth-round opponents on Monday. The draw will be on BBC One and the BBC Sport website from 19:30 GMT, before the Arsenal versus Leeds United tie.