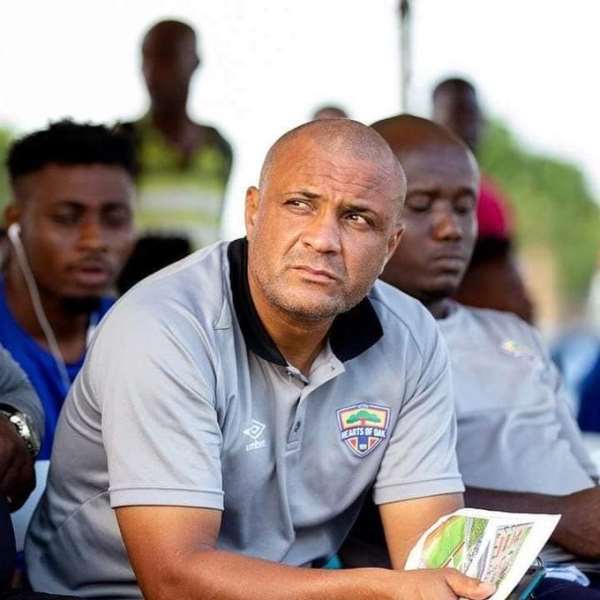 Kim Grant is the 20th coach to the sacked by the current board of Accra Hearts of Oak led by Togbe Afede since they took charge of the Ghanaian giants nine years ago.

Hearts of Oak enjoyed its most successful period in the late 1990s and the early 2000s following the long reign of legendary coach Jones Attuquayefio which led to them winning the CAF Champions League.

Since Togbe Afede took charge of the side 20 coaches have been sacked making it an average coach 2.2 coaches per year which makes it impossible for the stability of the team.

Some very popular and experienced coaches have been in charge of the club during this period but were sacked under controversial circumstances which has led to the questioning of the board.

During this period Japanese coach Kenichi brought back the fans which led to the massive improvement in financial fortunes of the club with the Japanese community following the team religiously.

National teams coaches CK Akonnor, David Duncan, Yaw Preko and Paa Kwesi Fabian have all taken charge of the team during this period but were all fired under controversial circumstances.

Grant was the 20th coach sacked by the board in ten years even though the former African champions have not won any trohpy which has irked the supporters to take action.