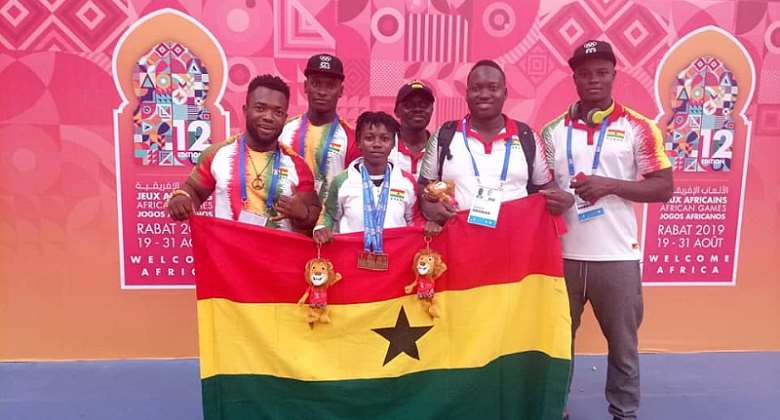 Ghana Weightlifting Federation (GWF) got five nominations on the list of awards winners and nominations for the upcoming 45th Sports Writers Association of Ghana (SWAG) Awards to be held later in the year.

Also, the SWAG declared Weightlifting among the Top 5 Sporting Disciplines that put Ghana’s name in the world of sports. The others are athletics, rugby, badminton and arm wrestling, which is a recreational sport.

He was however surprised that the head coach of the team was not mentioned, while there was no award for the best sports federation head or chairman, since most of the time when government is not ready to support the athletes, they find their own financial resources to support the athletes for international competition and their daily upkeep.

He said the SWAG awards inspires and motivates sportsmen and women, so the nominations and winners should come with no or few questions to make it credible.

He also congratulated the GOC General Secretary, Mr Richard Akpokavie who will be honoured with a special meritorious award.

Lawyer Akpokavie, a former hockey star has been in hockey and football administration before joining the GOC. He is the first Ghanaian to be appointed as arbitrator on ICAS.

He was also a member of the Vetting Committee that organized the recent Ghana Football Association (GFA) elections.