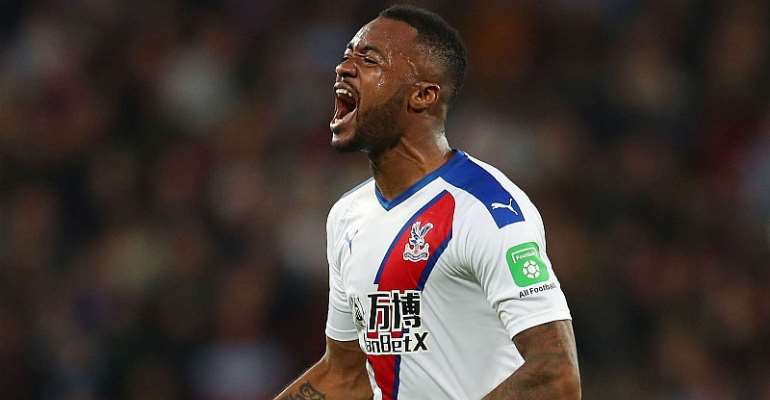 Crystal Palace striker Jordan Ayew has described Thursday's sublime individual goal against West Ham United in the Premier League as "one of the best" he has scored.

The Ghanaian emerged the hero for the Eagles as his stoppage-time effort earned a 2-1 home triumph at Selhurst Park which took his tally to 21 goals in the English top-flight (with 20 coming in the second half).

The strike was a beauty to behold as he drove into the box from wide, cheekily beating three defenders in the process, before effortlessly dinking the ball over onrushing goalkeeper Roberto Jimenez.

"Yeah, I think it is one of the best I have scored. I want to thank God and the people who support me," Ayew told Match of the Day after the game.

"It wasn't always easy, but my family and my friends, this football club, because they have been behind me.

"When I had the ball I wanted to try and shoot with my left foot, I pushed it too far and tried to do everything on instinct.

"This victory is for the supporters. We don't choose the time we want to score, it's just when we have the opportunity.

"We want to enjoy the victory but we have to recover quickly."

The match-winner was not Ayew's only major contribution to the game as he provided an assist for Cheikhou Kouyate's equaliser after Palace fell behind through Robert Snodgrass' opener for West Ham.

The three points have taken The Eagles to eighth on the league table.

Ayew has taken his goals tally to five for the season, having featured in 18 league games.