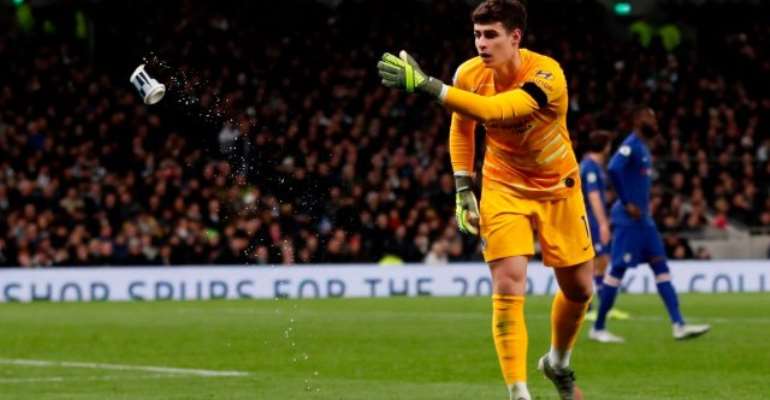 Tottenham Hotspur have identified and banned a supporter who threw a cup at Chelsea goalkeeper Kepa Arrizabalaga during Sunday's 2-0 home defeat for Spurs, the Premier League club said on Tuesday.

With his side already two goals down, Kepa was targeted by a supporter behind the goal in the 65th minute, with the cup missing the Spanish goalkeeper by inches when he walked across his six-yard box.

"We can confirm that we have identified and issued an immediate ban to the individual responsible for throwing a cup at Chelsea goalkeeper Kepa Arrizabalaga during Sunday's Premier League home fixture," the club said in a statement.

"We shall continue to take the strongest action possible against anyone found to be behaving in this way."

Chelsea defender Antonio Rudiger was also allegedly racially abused in the match, and the German defender urged the club to find and punish those involved. Spurs said their investigation into that "remains ongoing".