Caf Competitions: Five Star Players Of The Campaign So Far 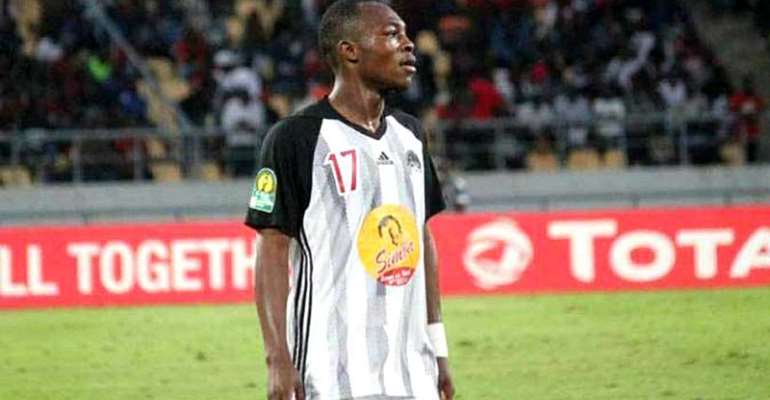 As we approach the halfway stage of the Caf Champions League and Confederation Cup group stages, Ed Dove reveals the five players who have caught his eye during the campaign so far.

Jackson Muleka
Surely destined for great things, Muleka has been heavily tipped for a move to Belgium, but for now, remains at Tout Puissant Mazembe, where he’s established himself as one of the finest players still based in Africa.

Muleka has score four goals in his last two appearances in the Caf Champions League, having scored five in his previous 16 in the tournament.

The Democratic Republic of Congo international has enjoyed success in the group stage in the past—scoring seven of his nine Caf CL goals in this stage of the competition—and could be the tournament’s outstanding player in 2020.

In Mazembe’s last match—the 2-1 victory against ZESCO United—both of Muleka’s goals came from outside the box, becoming the first player since Saad Beguir in April to net twice from distance in the same match.

Barel Mouko
Over in the Confederation Cup, Mouko is reaffirming why he ought to be considered one of the best African goalkeepers currently plying his trade on the continent.

Despite his advancing years—the Congo-Brazzaville international is now 40!—he continues to excel with Kinshasa heavyweights Motemba Pembe, who are tied with Renaissance Berkane on four points after two group-stage matches.

The keeper made eight saves and kept a clean sheet on matchday two, as the DCMP defeated ESAE of Benin 2-0, rolling back the years to deliver a masterful showing.

Nigeria international Theo Afelokhai, of Enyimba, was the last player to make as many saves in a single match in the tournament without conceding a goal—a feat he achieved in August 2018.

Ary Papel
The Primeiro de Agosto man continues to go under the radar, but in terms of taking on players, beating opponents, and carrying the ball at speed, there aren’t many better than him in Africa at the moment.

The 25-year-old, who spent time in Portugal with Sporting Lisbon’s B team earlier in the career, has completed 11 of the 17 dribbles he’s attempted in the Champions League so far this term.

For context, this is at least six more than any other player in each category, and left-sider Papel will be key if the Angolans are to improve their tricky group predicament in the coming months.

Ibrahim Olawoyin
While another Nigerian, Al-Masry’s Austin Amutu, currently leads the Confederation Cup goalscoring charts, one of his compatriots has caught my eye in the competition so far.

Olawayoin has shone for Enugu Rangers down the right flank, troubling defenders with his footwork and movement, while also—memorably—contributing a delightful corner for Eziekwe Chinonso to score during the 4-2 defeat by Masry.

As well as the fine set piece, Olawoyin also completed eight of his 15 dribbles against the Egyptians—more than any player in the competition for three and a half years.

The last player to register more than Olawoyin’s eight successful dribbles in a single match was Abdelilah Amimi of Kawkab Marrakech against FUS Rabat in July 2016.

Despite being on the losing side in this display, the ex-Abia Warriors playmaker has remained buoyant that the hood times are on the horizon for Rangers as they look to make a big impact in African competition.

He was simply outstanding in their last match—a 6-0 demolition of Mauritania’s FC Nouadhibou—scoring twice and contributing an assist.

This was the first time that one player had had a hand in three goals in a single match for the first time since 2017, and as Pyramids look to leverage on their massive financial advantage to become a genuine African powerhouse, the 23-year-old may have a big role to play.