I Am Focused On Swansea City, Says Andre Ayew Amid Speculations 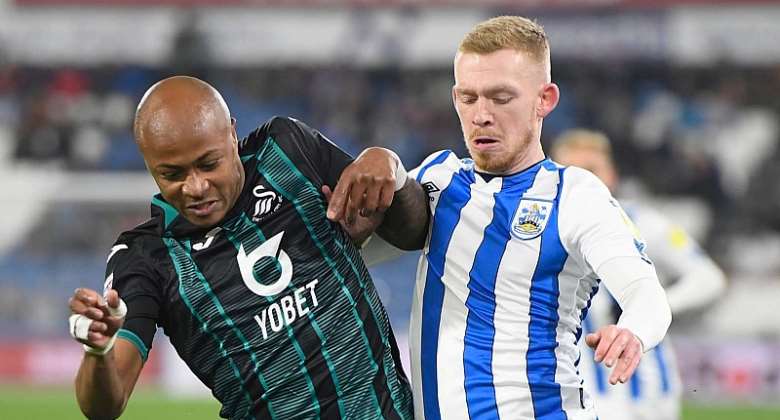 Ghana forward, Andre Ayew has emphatically said he is not ready to leave Swansea City in January adding that he is 100% focused with the club.

Ayew scored a brace in Saturday's 3-1 win over Middlesbrough to end the Swans winless run.

However, after the match, coach Steve Cooper said it was only natural for it to happen.

"Any player who does well at this level is going to create interest to move up to the next level," Cooper said as reported by the BBC.

Ayew has, however, come out to debunk rumours of a potential exit.

"I'm not thinking at all about that," the Black Stars captain was quoted saying as per BBC.

"I'm just focusing on what's ahead of me and I'm happy here so that's not something I think about."

Ayew stressed that he could have moved during the last summer transfer window, but decided to stay in South Wales.

"I'm happy here. If I'm here it's because I decided to be here. It was my decision.

"I'm just happy, playing my football, enjoying with the lads.

"We want to do something great so we need to keep working and later we will see [what happens]."

Ayew has nine goals and four assists in 21 competitive meetings this season.

Fighting your husband's side chicks is wrong; you could even...
39 minutes ago