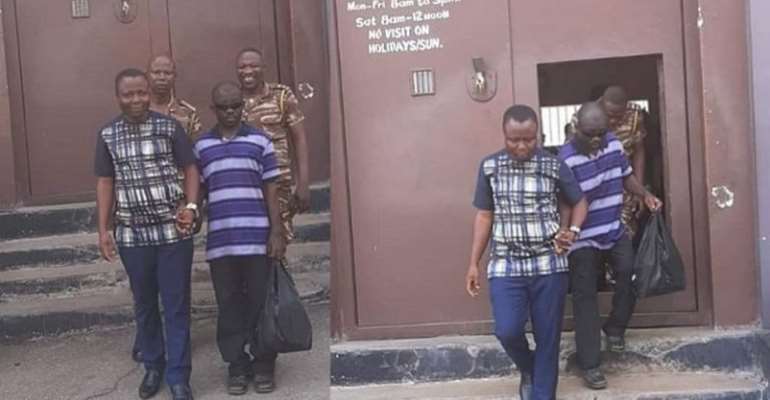 Peter Ennin, who has no sight in both eyes, gained his freedom from the Nsawam Prison after Black Stars player Christian Atsu paid his court fine.

Mr Ennin had been convicted and sentenced to a ‘hefty’ fine which he failed to pay and had to serve a prison term instead.

But through the instrumentality of Ibrahim Kwarteng of Crime Check Foundation, an NGO, he gained his freedom after Mr Atsu humanitarian act.

According to Mr Kwarteng, Ghana’s prisons make no provision or modification for persons with disability (PWDs); both abled and PWDs are lumped together in the same deplorable conditions.

So Mr Ennin had to make do with the adverse conditions even as a PWDs, relying only on the kindness of prison officers who were willing to help in terms of his movement and other needs.

There were joy and exchange of hugs and some tears at the Cape Coast Prison annex as ten prisoners who were jailed for petty theft were freed through the benevolence of Black Stars player and philanthropist Christian Atsu. 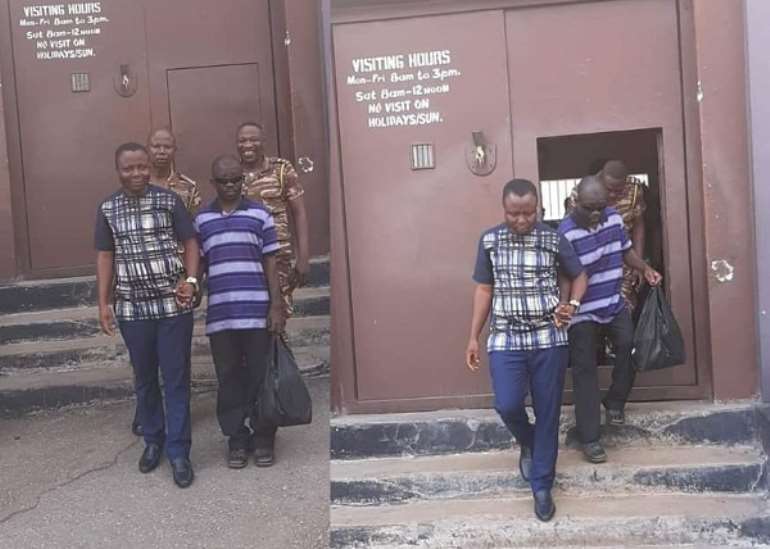 This was made possible through the work of The Crime Check Foundation who facilitated the payment of the various fines for these convicts who have vowed not to fall foul of the law again.

Ibrahim Oppong Kwarteng, who is Executive Director of CCF has proposed non-custodial sentencing and community work for such petty offences as part of Ghana’s justice system.

“That’s why the need for a law on Community Sentence cannot be over-emphasized. Crimes ranging from the stealing of a traditional stick, discarded aluminium, banana, etc should not warrant prison sentences. These guys should have been cleaning the streets and desilting our choked and smelly gutters, but we chose to keep them in prison and spend the taxpayer’s money on them.”

He expressed appreciation to Atsu for the help, revealing that more prisoners will benefit from the program.

“Special thanks to Atsu for collaborating with us… CCF on the Petty Offenders Project. The Black Stars and Newcastle midfielder will release 40 more by the 30th of this month.”