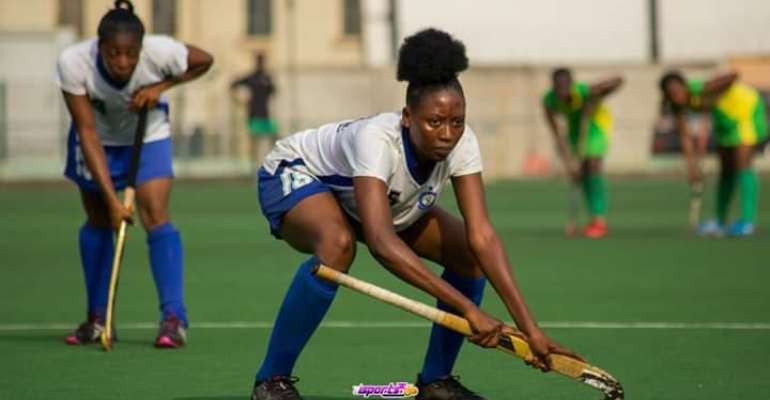 The Ghana Police female Hockey team grabbed Bronze Medal at the 2019 Africa Cup for Club Championship at Ismailia-Egypt, after beating Kada Queens from Nigeria 4-3 on penalties in the 3rd place game which ended 1 all.

The team that left the shores of Ghana to Egypt to participate in the 31st Africa Cup for Club Championship on 29 November lifted the flag of Ghana high with that feat.

The Police team played 5 matches, and lost only 1 to Shawkia of Egypt. They began the competition beating EL Shams from Egypt 3-1, then went on to defeat Nigeria's Kada Queens 2-1, before thrashing Fashir from Sudan by 11 goals to 1.

The Law enforcers, who are second in the Greater Accra Hockey League with 14 points were halted and denied Gold medals by Shawkia of Egypt 3-0 in the semi-finals stage.

The competition which was from 1st to 8th December, became tougher for team Police as they battled it out with Kada Queens for the second time for the Bronze Medal position.

Defence Minister requests approval of €111million to purchas...
8 minutes ago