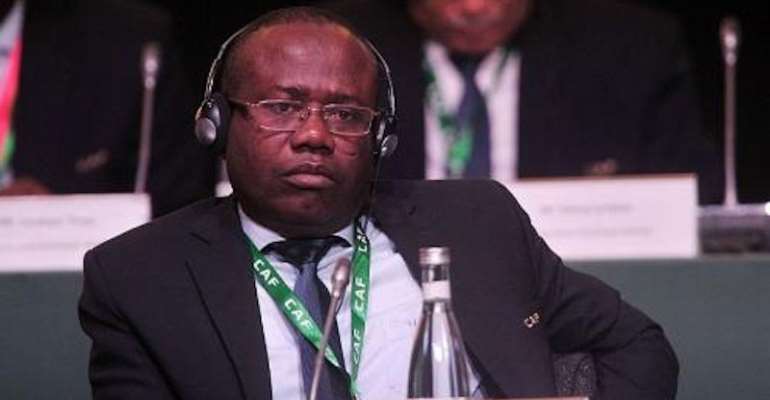 Fédération Internationale de Football Association [FIFA] in a letter sent to the Normalization Committee has revealed that funds could not be accounted for under the regime of former GFA President, Kwesi Nyantakyi.

In a letter dated June 6, 2019, clarified that the Normalisation Committee was not set-up in relation to the criminal charges levied against Nyantakyi nor to any finalised or ongoing investigations by the FIFA Ethics Committee with regards to Nyantakyi.

But rather to obtain a more detailed and specific understanding of the state of affairs in terms of financial management and governance of the GFA.

However, the world football governing body in the letter stated that the constitution of the Normalisation Committee became very necessary following some diverse results of the central review of FIFA forwarded funds for 2017.

The letter further revealed among other things that large levels of the cash-based transaction were carried out without supporting documentation, there was a general lack of accountability and absence of an audit trail of disbursement, absence of key controls, with particular reference to lack of segregation of duties over fundamental financial processes, lack of accounting records for receipt and expenditure of funds related to sponsorship agreements, significant transaction based on verbal agreements and absence of documentation over high-value, ad-hoc payments to Executive Committee members.

Below is the full letter that was sent to the Normalization Committee. 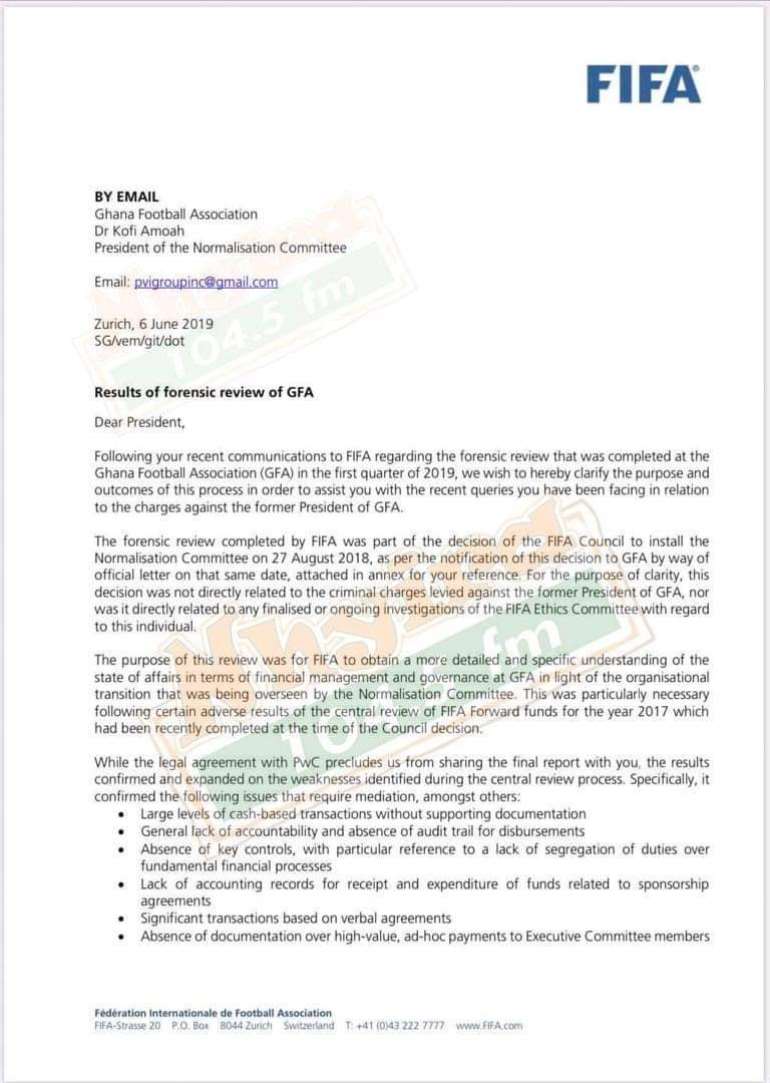 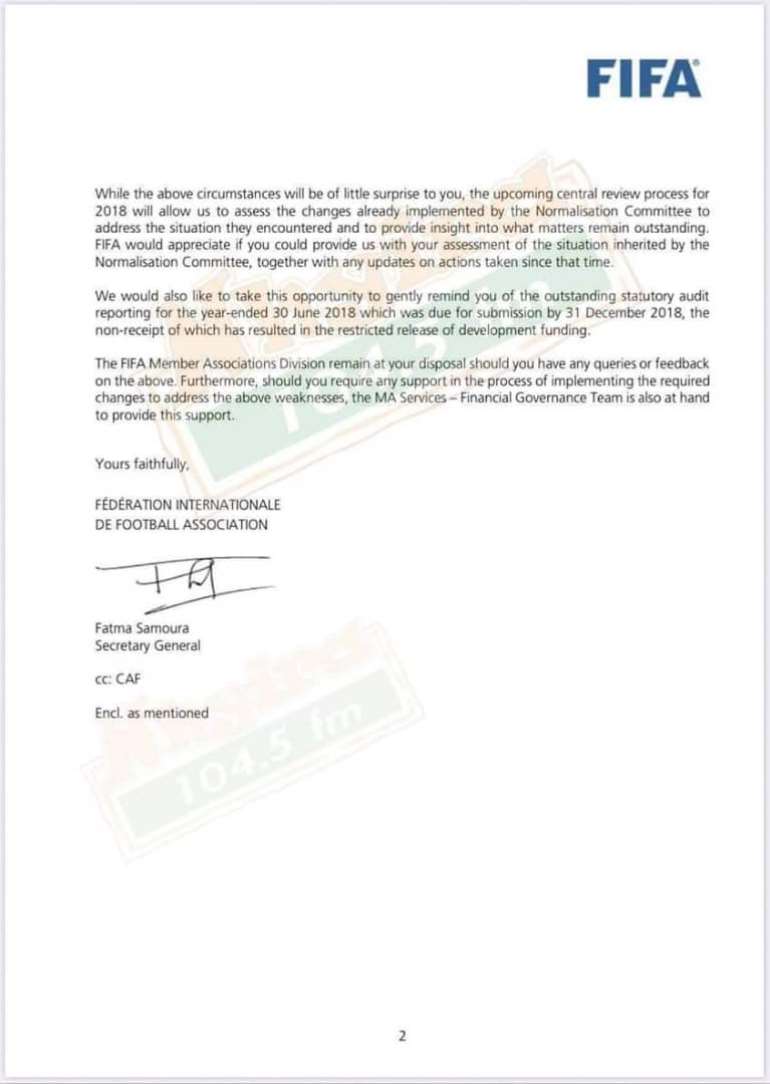