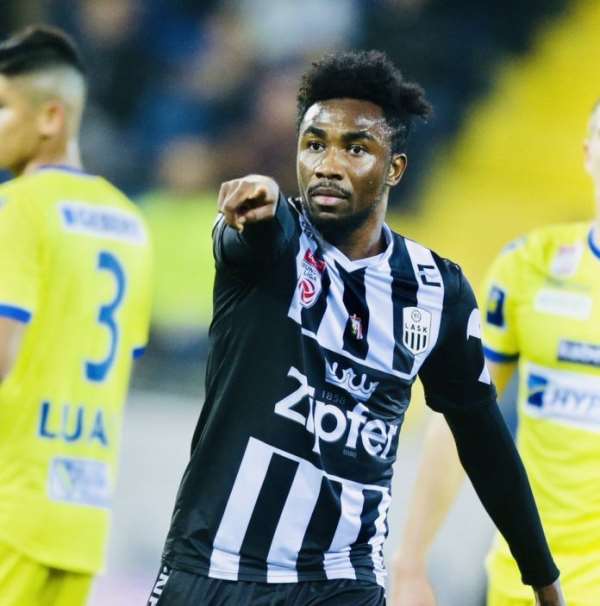 Ghanaian winger Samuel Tetteh enjoyed a good day at the office today as he found the back of the net to help his LASK Linz side post a 3-1 win over Wolfsberg in the Austria Bundesliga.

The former West Africa Football Academy (WAFA) danger man has been on a run of good form in the past weeks and deservedly received a starting role in today’s away match.

In a match week 17 match played at the Lavanttal-Arena, Linz who played as the away team put up an outstanding performance to make them worthy winners of all 3 maximum points.

First-half goals from Petar Filipovic and Samuel Tetteh handed the victors a two-goal cushion to take into the break before Dominik Frieser added a third in the second half on the 84th minute.

Though Shon Weissman pulled one back for Wolfsberg on the 77th minute, it was not enough to save them from the home defeat.

Despite Samuel Tetteh’s quality display, he was replaced on the 70th minute by Dominik Reiter after he had been yellow-carded.

The 23-year-old has now scored 3 goals in the ongoing 2019/2020 Austria Bundesliga campaign on top of his scintillating displays on match days.