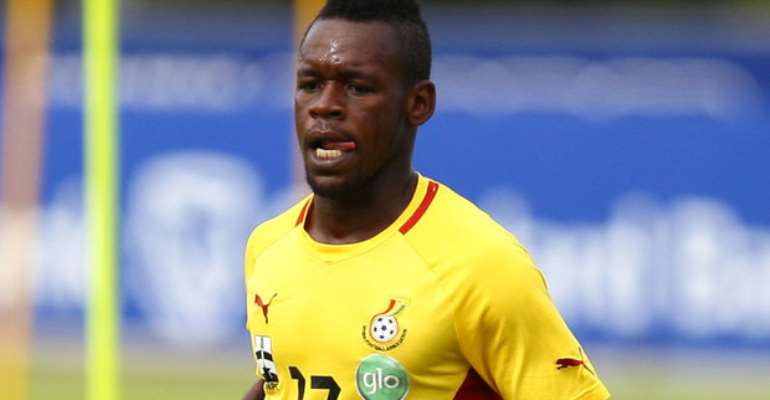 The club is returning to the top-flight after spending the last couple of seasons in the lower decision. At an Extraordinary Congress last month, Congress agreed that Olympics and King Faisal should return to the GPL.

After celebrating the news, Olympic has now turned attention to reinforcing their squad to ensure they are able to properly compete when the new season finally starts.

They have today wrapped up the signing of former player Emmanuel Clottey who parted ways with Cypriot-based club Yalova SK in the 2016/2017.

They believe that the signing of the experienced striker will go a long way to help them maintain their top-flight status and compete very well when the 2019/2020 Ghana Premier League season begins.

The striker has a good reputation on the local scene after emerging as the top scorer of the League at the end of the 2006/2007 season with Accra Great Olympics.

He has played for other clubs including Berekum Chelsea, UAE side Al Dhafra Club, as well as Tunisian giants Espérance de Tunis.

Galamsey fight: Four Chinese nationals to be deported
57 minutes ago

Gov't must opt out of Sputnik-V vaccine procurement contract...
57 minutes ago