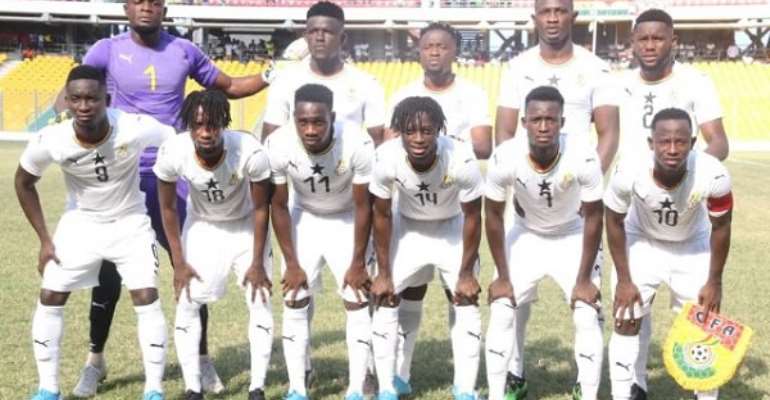 The Ghana Olympic Committee (GOC) is supporting the National Under 23football team and the Eagles, the national rugby team with US$8,000 each in their mission to qualify for the Tokyo 2020 Games.

The Black Meteors would attempt to secure one of three slots to the 2020 Olympics in Tokyo as they play seven other nations in a 2-week tournament in Egypt from the 8 – 22 November 2019.

The Meteors have been drawn against hosts Egypt, Mali and Cameroon with Head Coach Ibrahim Tanko desperate to make history in the North African country.

For GOC Boss Ben Nunoo, these are exciting times for Ghanaian sports.

“In the last week, the football family has elected a new leader [GFA President Kurt Okraku] to steer their affairs after the challenges of the last year-and-a-half. He would definitely love to see the team qualify and we believe our widow's mite would aid in the team’s ambition to secure the Olympic slot,” he said.

On the national rugby team, the Eagles, the GOC president praised them and their dynamic leaders. He said the rugby team has developed very fast and can now be regarded as one of the forces on the African continent.

According to the GOC president, other teams like fencing who would be competing for the Olympic qualifier would also be supported.

He thanked ANOCA for putting up funds to aid the preparation of African countries to the 2020 Olympic Games.

On Thursday, the presidents of the various federations under the GOC met to plan on the future of Ghana sports, especially qualifications to the Japan Games.