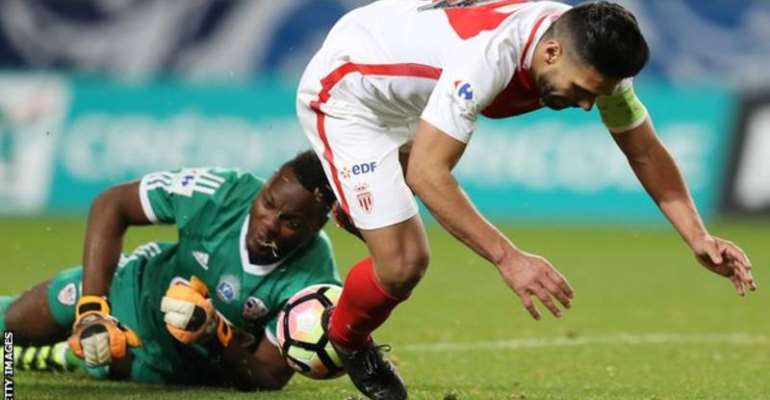 France-based Riffi Mandanda is set to become the third of four goalkeeping brothers to play international football after being named in the latest DR Congo squad.

The 27-year-old Boulogne player has been included in a 28-man provisional squad for the Leopards' 2021 Africa Cup of Nations qualifiers against Gabon and The Gambia in November.

His oldest brother Steve, 34, captains French club Marseille and has 30 caps for France and was part of the 2018 World Cup-winning squad.

Another brother, Belgium-based Parfait, 30, has won 17 caps for DR Congo, including two recent friendlies against Algeria and Ivory Coast, but he misses out this time around.

A fourth sibling, Over, is also a goalkeeper and the 21-year-old is currently on loan at French third-tier side US Creteil-Lusitanos from Bordeaux.

There are four new faces in coach Christian N'Sengi-Biembe's latest squad, but veteran striker Dieumerci Mbokani was once again overlooked.

The experienced quintet of Yannick Bolasie, Gael Kakuta, Cedric Bakambu, Marcel Tisserand and Giannelli Imbula are all on the list.