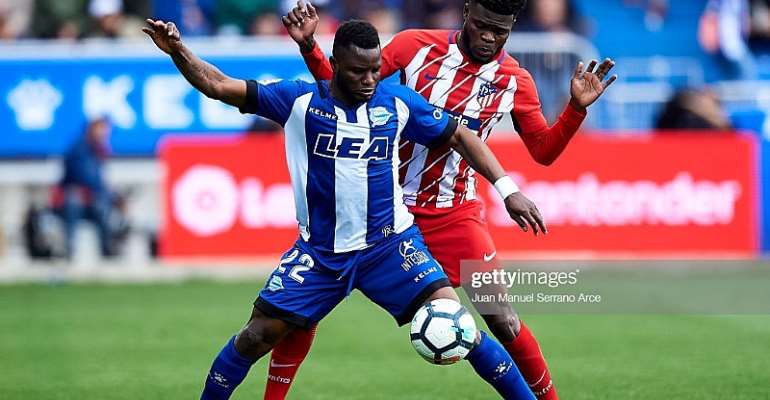 Following their 1:1 draw with Deportivo Alaves on Tuesday, Thomas Partey has charged his teammates to work hard.

After being able to excel for 70 minutes through Alvaro Morata, Atletico Madrid looked like they would win a perfect point up to seven minutes before the game ended, Lucas Perez created an equalizing goal for the hosts.

The draw makes the Los Rojiblancos lose the chance to return to the top of the standings because it was held on matchday 10 which took place at the Estadio de Mendizorroza.

"This was a difficult match, they were very strong when playing at home," Partey said of the match via the club's official website.

"We excelled first but they equalized through fantastic goals, we must continue to work hard."

Thomas Partey appeared as a substitute in the 46th minute replacing Marcos Llorente.

Furthermore, Atletico Madrid will face Sevilla on Saturday which is currently ranked third in the La Liga standings two points behind leaders Barcelona.

Whereas afterwards Diego Simeone's troops will travel to Germany to face Bayer Leverkusen in the Champions League group stage.