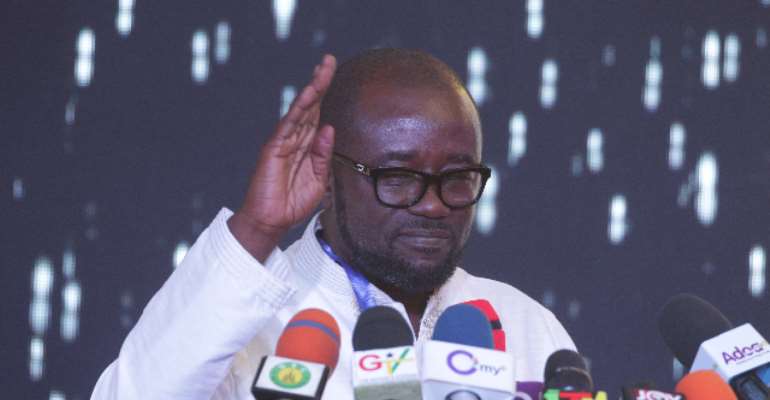 Premier and Division One League clubs have kept faith with the newly-elected President of the Ghana Football Association (GFA), Mr Kurt Okraku, and have called on him to be decisive during his four-year mandate at the helm of football affairs in the country.

Clubs such as Aduana Stars, Accra Great Olympics and Heart of Lions have all expressed their hope to see Mr Okraku restore the dwindling fortunes of the association.

In separate interviews with the Daily Graphic, the leadership of the clubs congratulated the Dreams FC owner and asked that he sought diverse ideas from all members of the association in order to institute good policies.

The Chief Executive Officer (CEO) of Premier League side, Aduana Stars, Albert Commey, said he expected the new leader of the GFA to be fair and firm in taking decisions that would positively impact all members of the association.

He, however, expressed confidence in Mr Okraku to deliver on his mandate as the new GFA leader having proved it during his days as the chairman of the MTN FA Cup Committee.

“I want him to be fair and firm in making decisions that will benefit every member of the association and football as a whole. In all this, I believe e he has what it takes to transform the association considering what he did with the FA Cup,” he said.

Meanwhile, Fred Pappoe of Accra Great Olympics and Heart of Lions’ Randy Abbey have advised the new leader of the GFA to start working early to help revive the sport in the country.

Messrs Pappoe and Abbey expressed their hope that Mr Okraku possessed what would lead the association back to where it belonged by delivering on his mandate.

“He must start work early in order to enable him put in place measures that would revive the association as soon as possible.

“Having watched his achievements over the years with Dreams FC, he has what it takes to lead the association back to where it belonged,” they said.

Kurt Okraku was elected the successor of Kwesi Nyantakyi last Friday after three series of voting which led to his closest contender, George Afriyie, conceding defeat in the second round.