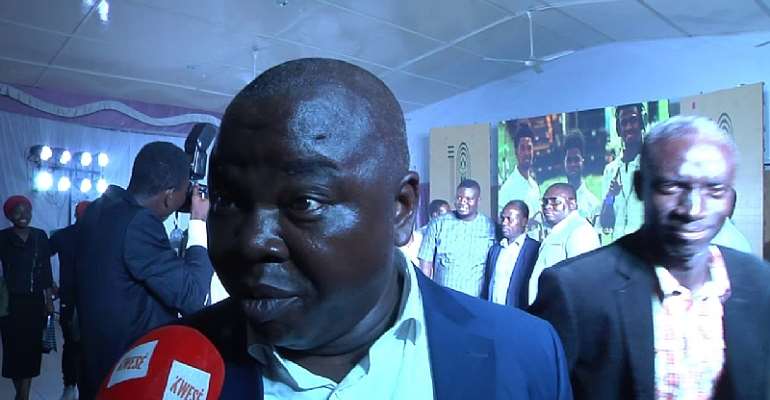 Football administrator, Albert Commey, says he is still with Aduana Stars and has not considered resigning from the club following the results of last Friday’s Ghana Football Association’s (GFA) Presidential election which saw his preferred candidate Kurt Okraku winning.

It has been reported that the former Hearts of Oak Cheif Executive Officer who joined the camp of Kurt Okraku ahead of the GFA presidential elections is set to take over the Dawu based club following the resignation of Mr Okraku.

However, speaking with the Graphic Sportsin an interview, Mr Commey debunked rumour suggesting that he had quit his role at Aduana and was ready to take over the reins at Dreams FC.

He described reports linking him to the Dawu-based club as a figment of someone’s imagination which did not have any basis.

“I haven’t considered leaving Aduana Stars and not to talk of tendering in my resignation so I don’t know where all these things are coming from.

“I was surprised to hear that I have issued my resignation letter when I am yet to even meet Aduana Stars. This to me is just a figment of someone’s imagination,” he said.

The newly-elected GFA President, Kurt Okraku, resigned from his role as Chief Executive Officer (CEO) of Dreams FC following his election into the high office of football administration in the country.

He decided to forfeit his role with the Premier League club in order to prevent been caught in a conflict of interest case.

The resignation of Mr Okraku led to reports linking Mr Commey as his successor of the CEO role having been part of the campaign team that won him the election.