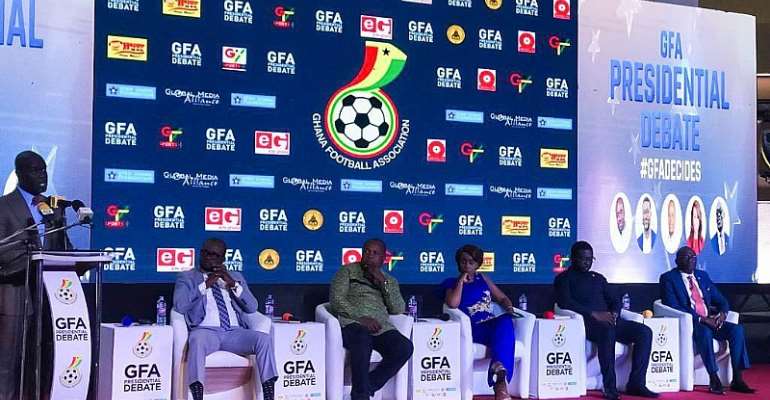 Prior to today’s elective congress to elect a new leader for the country’s football governing body, the NC partnered with three media organizations to conduct a debate for all 6 qualified aspirants.

The exercise which was held on Wednesday presented all candidates with the opportunity to make a case to the entire football community as to why they deserve to lead the next regime of the FA.

Speaking at today’s elective congress at the Physicians and Surgeons Center in Accra, Luka Nikola has applauded the NC for putting together the debate while citing that it’s the first of its kind to ever happen among all 211 members associations under FIFA.

“I must admit that I was particularly impressed to learn yesterday about the presidential debate that took place a couple of days ago. In terms of transparency and inclusiveness of its elections, the GFA has certainly set the bar high for other member associations.

“And I know what am talking about because I have already partnered to oversee all 211 FIFA member associations. So congratulations for this achievement”, the FIFA red shared.

Kurt Okraku, George Afriyie, Nana Yaw Amponsah, Lawyer Amanda Clinton, Fred Pappoe, and Lawyer Ankomah Mensah are contesting in today’s electoral exercise in hopes of securing the right to occupy the vacant presidential seat at the GFA at the end of the day.