Lyon lose at the death as Lille salvage draw 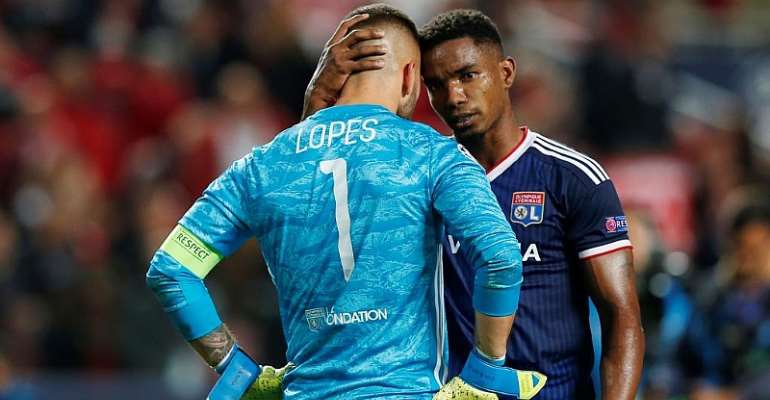 Lyon succumbed to a late goal on Wednesday night at Benfica to lose control of Group G while Lille struck in stoppage time against Valencia in Group H to claim their first point of the Champions League campaign.

Lyon went into their clash at the Estadio da Luz in Lisbon in top spot with four points following a 1-1 draw at home with Zenit St Petersburg and a 2-0 win at RB Leipzig.

But Rudi Garcia's men were trailing within minutes to a strike from Rafa Silva. Although Memphis Depay levelled midway through the second-half, Lyon goalkeeper Anthony Lopes gifted the winner to the hosts.

His attempt to start a quick counterattack exploded disastrously.

Instead of finding a teammate, his throw went straight to Pizzi, who struck a first-time effort into an empty net.

Luck
It was Benfica's first victory in the Champions League this season following defeats to RB Leipzig and Zenit.

"I'm not going to blame Anthony," said Garcia. "He wanted to try something to get us a second goal. He will save us time and time again like he has done every season."

Lille collected their first point after three games by denying Valencia at the death at the Pierre-Mauroy Stadium.

Desire
"We're not happy with the draw because we wanted to win," said Lille goalkeeper Mike Maignan.

"We knew it would be a tough game and we showed great character to go and get the draw. We've given ourselves a chance to qualify for the last 16 so we have to keep on believing.

The stalemate allowed Chelsea to go top of Group H after their 1-0 victory at Ajax. Belgium international Michy Batshuyai scored four minutes from time to give the Londoners the points.

Chelsea and Ajax both boast six points but Chelsea lead because of a better head-to-head record with the Dutch outift. Valencia are third with four points and Lille hold up the gorup with one point.