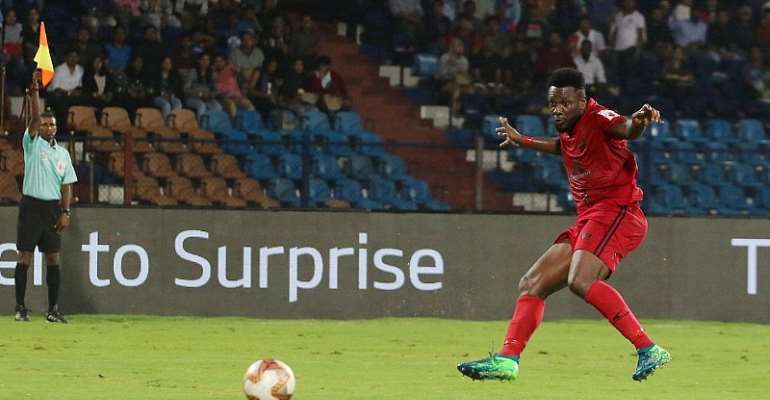 Ghana ace, Asamoah Gyan has reiterated that he has to work hard to be at his best after lasting 88 minutes for NorthEast United in their Indian Super League opener on Monday against Bengaluru.

The 33-year-old could not get a goal on the opening day of the league.

Gyan's only effort on target was flagged for offside.

“I got here exactly one month ago and I have a lot of work to do with my fitness. I know the team started working two months before I came.

On the match itself, Gyan gave his team a good rating and hoped for a better return in their league match against

“It was a good game. We knew we were playing against a tough side and we had one point here. I think its a good result for us.

“Its a very good start. We had a couple of chances that we could have won the game but this is football. This is the first game and so we’re looking forward to the next game.”

NorthEast United will take on Odisha on October 26 in the second round of the Indian Super League.