Mourinho Hits Back At Klopp: ‘He Likes Meat And Got Fish’ 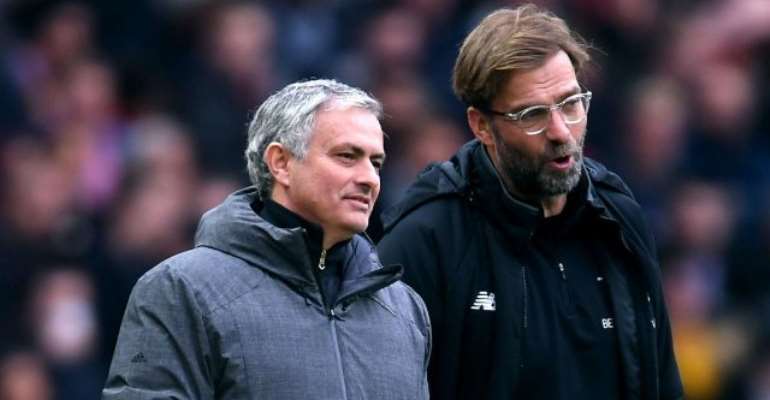 Jose Mourinho has hit back at Jurgen Klopp over his comments on Manchester United’s playing style against Liverpool in their 1-1 draw on Sunday.

Ole Gunnar Solskjaer’s side headed into this match as underdogs against Klopp’s rampant side – little wonder given the visitors had won their last 17 league matches and the Red Devils were just a point off the relegation zone.

United have so often been the scourge of Liverpool at Old Trafford, though, and were on course for a memorable win thanks to Marcus Rashford’s contentious goal, only for late replacement Adam Lallana to secure a 1-1 draw.

Klopp claimed that the Red Devils “set out to defend” against his Liverpool outfit.

“When I’ve been in England, Man United have pretty much set up like this,” Klopp added.

“Everyone built it up [the game] like a mountain, but one team set out to defend and one team made the game.

“We didn’t lose anything, it’s just a point. Let’s carry on.”

However, former United boss Mourinho disagreed with his opinion, claiming Klopp just “didn’t like the menu”.

On Klopp’s frustrations, Mourinho told Sky Sports: “Because he never beat Manchester United at Old Trafford. He didn’t like the menu. He likes meat and got fish, so he was not happy.

“They are, of course, much stronger playing against opposition that gives them chances for transitions and counter-attacks. Of course, United with the limitations they have at this moment played a different profile of game.

“They tried to be solid in the back, they tried not to give chances of transition, they always kept three centre-backs in position plus McTominay and Fred, they were always compact. They [Liverpool] didn’t like the menu.”