Andre Ayew On Target In Swansea City Stalemate With Barnsley 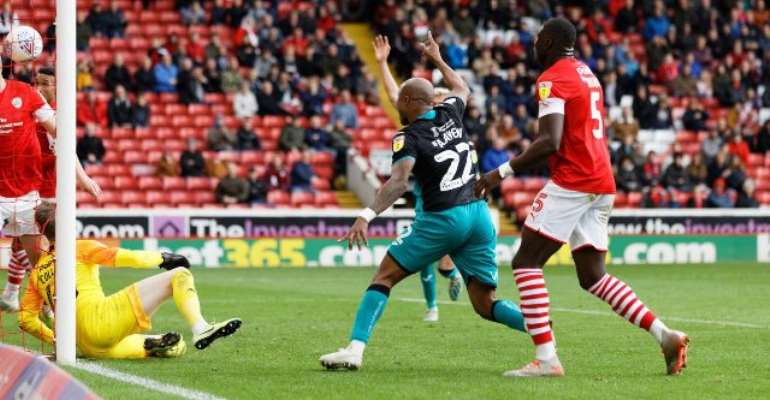 Black Stars skipper Andre Ayew's third goal in as many matches was not enough for Swansea City who drew 1-1 with Barnsley in the English Championship on Saturday.

Barnsley were much the better of the two sides in the opening half but couldn't find the goal their efforts warranted.

And Ayew struck his fifth goal of the campaign in all competitions to put Steve Cooper's men ahead midway through the second half.

But the Reds equalised through captain Alex Mowatt just three minutes later to earn a share of the spoils.

Ayew has been in fine form this season as he looks to help Swansea secure Premier League ticket.