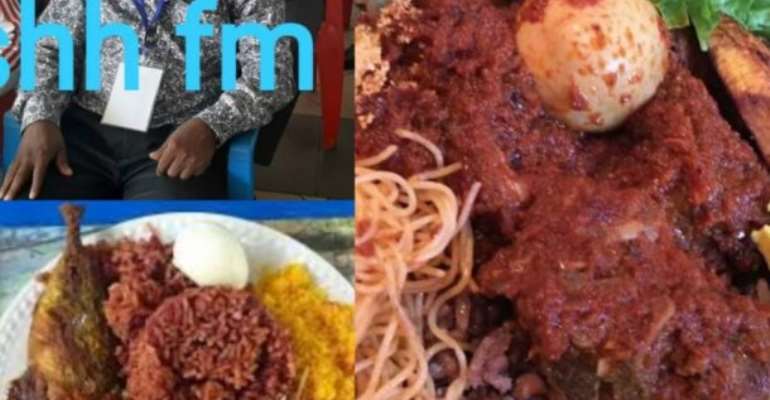 Retired referee Osei Nsiah, a member who contested the Ashanti Region Football Association has sarcastically attributed his loss to delegates being served with ‘waakye’ by the victor of the election, Osei Tutu Agyemang.

Nsiah lost by 41 votes to 29 in Friday’s election and thus, will not be running football in the region.

The winner, Agyemang, was the incumbent heading into the elections and has managed to keep his seat.

After the polls, Nsiah said the fact that Agyemang influenced the delegates to vote against him by giving them ‘waakye’ to eat before the elections.

According to him, the gesture of sharing the meal played a very pivotal role in swinging the elections and he did not hide his thoughts as he spoke to Kumasi-based OTEC FM after the elections.

“Delegates have really shown they are not reliable. This morning they were asked to come to a certain place, when they got there, they were fed with waakye”, he told Otec FM.

“The delegates assured me with 40 votes during the campaign but this morning I realized you cannot rely on them (delegates) because they were asked to go to a certain place and when they went, I’m told they were fed with ‘Waakye. Delegates cannot be predicted, they have their different way of behaving.

The result will be seen by observers as damaging for Nsiah who was very confident of winning the polls and even said that he had managed to get the assurances of 40 of the delegates.