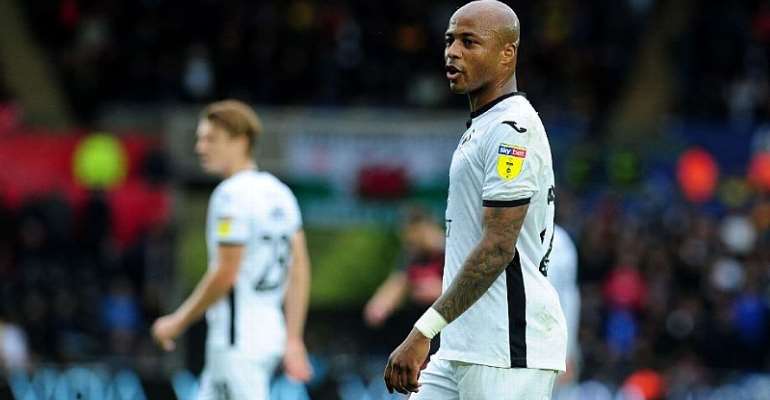 Jordan, who joined Crystal Palace from Swansea City in the summer has been on a fine form for the Eagles.

The eldest Ayew was the trailblazer for his family in the English top-flight when he first went to the Swans in 2015, and if the Welsh side can continue their strong form, then a return to the elite division will be within their grasp.

Andre was not expected to remain a Swansea player this season and was strongly linked with a move away from the Liberty Stadium, having spent all of the previous season out on loan at Turkish club Fenerbahce.

However, the Ghana skipper committed himself to stay with the Swans, he admitted that he "had a number of offers from some major clubs abroad" but had fully bought into manager Steve Cooper's plan to get the club promoted.

"The fans have also been amazing with the reception they have given me and I'm really looking forward to repaying the faith they have shown in me."

So far Ayew has done exactly that: his nine appearances in the Championship have brought two goals and three assists, helping his club to fourth place on the standings and just one point behind leaders West Brom.

Playing predominantly on the right of an attacking midfield trio, behind Borja Baston, Ayew provides pace, trickery and an extra goal threat, with his average of 2.3 shots per game bettered only by the Spanish striker.

With the Ghanaian combining with the likes of Baston, Yan Dhanda and Bersant Celina, the Swans have had the potency in attack to balance out their strong defence (just nine goals conceded, a record bettered only by Leeds United so far) and put together a fine campaign thus far.

"We're still in it; we're only a point away from the leaders," Ayew told his club's official website.

"We always need to be ready for any challenge that the Championship brings.

"We've done great things this season and some that aren't so great. But what we're doing at the moment is good and we need to continue that."

Swansea head to South Yorkshire for a clash with second-from-bottom Barnsley on Saturday, looking to keep themselves in the promotion zone, while a win could be enough to send them top of the standings, depending on results elsewhere.

A positive result at Barnsley would be another step toward Ayew's ambition of joining his younger sibling in the top flight, and a further vindication of his decision to remain with Swansea and take the hard road back to the Premier League.