Jordan Opoku Reveals Plans To Go Into Coaching After Retirement 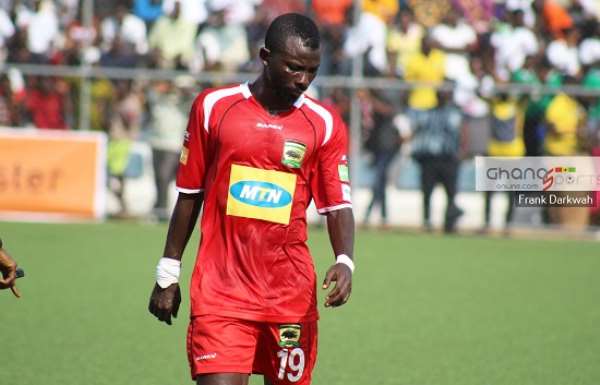 Kumasi Asante Kotoko midfielder, Jordan Opoku has opened up on his desire to take up a career in coaching right after he retires from active football.

The Ghanaian international has enjoyed a good career in football where he played for a number of clubs both locally and abroad.

Now at age 32, the offensive midfielder is already planning for life after football and has revealed that he would want to become a coach in the near future. Whiles, he wants to be in the dugout for the Porcupine Warriors one day, he has also noted that he will love to do the work of God as well.

Speaking in an interview on the Kotoko Express App, Jordan Opoku explained, “I will go into coaching when I retire”.

He added, “I want to coach Kotoko one day and win the Champions League with the team. I have even asked to be reminded when next the coaching course comes up. I also want to be a pastor, and I will do that alongside coaching”.

He is currently under contract with Kotoko and it is unclear when he plans to hang his boots.