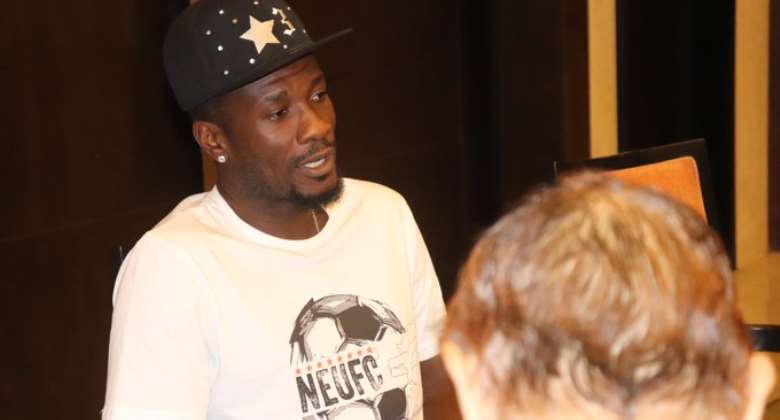 General captain of the Black Stars, Asamoah Gyan has cautioned defenders in the Indian Super League to be wary, as he prepares to make his debut in the Indian topflight.

Gyan boasts quite a phenomenal reputation in Asia, having scored lots of goals during his time with Al Ain, Al Ahli and Shanghai SIPG.

The former Liberty Professionals and Sunderland forward scored his first goal for NorthEast United in a friendly against the Blue Tigers on Wednesday.

Speaking at the team’s media day on Friday, Gyan highlighted his stats, while cautioning opposition teams to be wary of his capabilities.

“My numbers don’t lie and opposition need to be wary of that,” the 33-year-old said.

The Indian Super League season is set to begin on Sunday, October 20, 2019.