CAF Champions League: Zamalek vs Generation Foot To Be Played On October 24 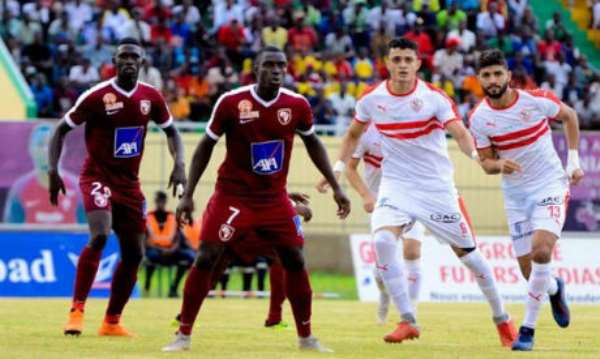 The Confederation of African Football (Caf) has revealed the Champions League encounter between Zamalek and Generation Foot will be played on Thursday, October 24 in Cairo.

The sides were billed to face off on Saturday, September 28 at the Petrosport Stadium, but the game was moved to Sunday at the Borg El-Arab Stadium.

Generation Foot protested the change and returned to Senegal without turning up for the second leg of the rearranged game.

Caf’s Organising Committee for Interclubs Competitions and Club Licensing System met on Tuesday, October 8 at the Caf headquarters in Cairo, Egypt and disclosed the new date and time for the rescheduled fixture.

In a statement on the governing body’s website, Zamalek are mandated to confirm the venue of the game on or before Saturday, October 12.

Caf also revealed it will cover travel and accommodation expenses of Generation Foot as well as other important match officials.

Furthermore, the body’s Disciplinary Committee will continue to review the situation that prompted the game’s suspension.

The winner of the first-round tie will progress to the Champions League group stage, while the losing side drops down to the Caf Confederation Cup.

Generation Foot leads the tie having defeated Zamalek 2-1 in Senegal On September 14.