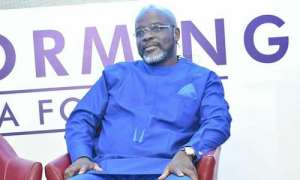 The Election Committee of the Ghana Football Association (GFA) is expected to announce its ruling on the appeal filed by Mr Wilfred Kwaku Osei in respect of his disqualification from the presidential race today.

This is in line with the roadmap released by the Normalisation Committee (NC) which doubles as the electoral body for the upcoming GFA elections.

When contacted on telephone yesterday to ascertain when the ruling of the appeal would be ready, president of the NC, Dr Kofi Amoah, said the committee was being guided by the electoral roadmap which was released a few weeks ago.

According to the roadmap, appeals by unsuccessful aspirants were supposed to be filed between October 4 and 8, while the final decision on approved aspirants will be ready on Wednesday, October 9.

Meanwhile, a two-man legal team of Mr Osei, aka Palmer, Messrs Thaddaeus Sory and Sarfo Buabeng, filed a comprehensive appeal against the disqualification of their client last Monday, ahead of yesterday’s deadline.

The appeal statement is said to have contained details of the Transfer Matching System (TMS) in respect of Joseph Paintsil’s transfer from Hungarian giants, Ferencvaros, to KRC Genk of Belgium, among other necessary documents.

A member of Palmer’s campaign team, who briefed the Daily Graphic yesterday, revealed that they also placed an injunction on the elections until the determination of the case while requesting for the record of proceedings at the Vetting Committee which led to the disqualification of their candidate.