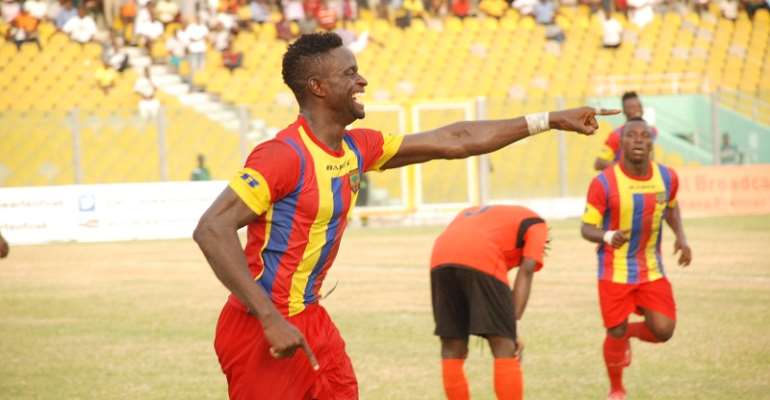 Lebanese football club, Salam Zgharta has secured the services of Ghanaian international Cosmos Dauda on a two-year deal in a bid to boost their chances for success at the end of the 2019/2020 season.

Formerly of Ghana Premier League giants Accra Hearts of Oak, the striker reportedly agreed to join the side after successful negotiations in the past couple of weeks.

Dauda, 26, will be expected to lead the lines for Salam Zgharta to help them better their performance from last season where they finished 10th on the Lebanese Premier League.

He has played with Jordan-based Al Faisaly in the last two seasons and has gained experienced which will come in handy as he begins a new chapter in his career outside Ghana.