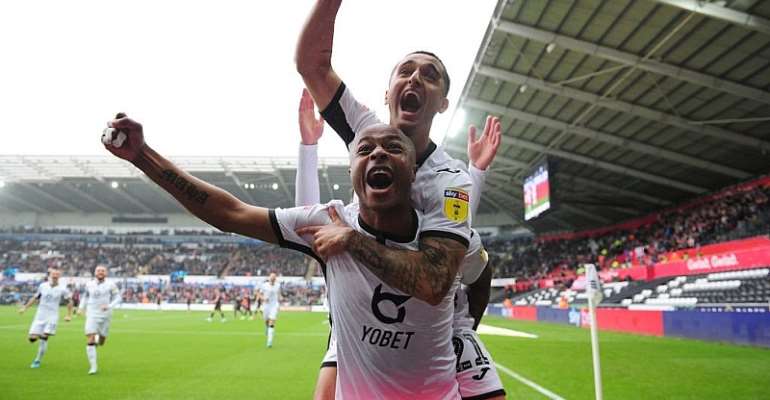 Ghanaian international, Andre Dede Ayew was on target on Saturday afternoon but unfortunately ended up on the losing side when Swansea City was beaten 2-1 by Stoke City at the Liberty Stadium.

The two teams locked horns earlier this afternoon in a match week 11 fixture of the ongoing 2019/2020 English Champions Season.

Swansea who started the match as the league leaders took an early lead through Black Stars captain Dede Ayew who fired home his effort under a minute into the first half.

Though they looked like they would eventually run away with the maximum points at the end of the day, Stoke City fought back and got an equalizer of their own through Sam Clucas on the 22nd minute.

A late second-half strike from substitute Scott Hogan handed Stoke a 2-1 win, giving them all 3 points in the process.

Ayew’s goal is his second league goal of the season, but his fourth in all competition as he continues to impress for the Swans in their quest to secure promotion to the English Premier League.