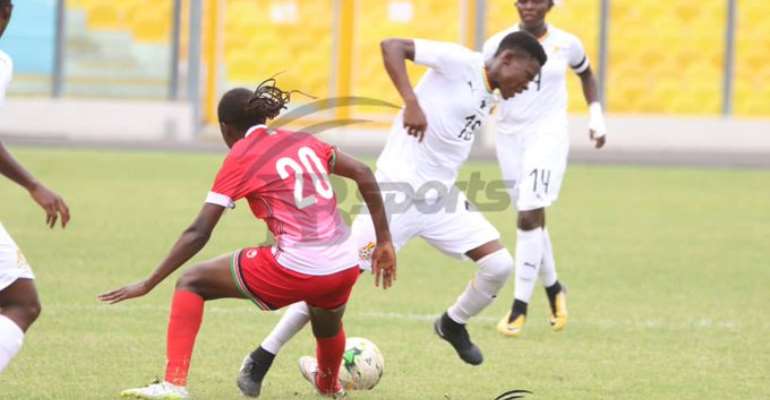 The Black Queens of Ghana has today drawn goalless with the Harambee Starlets of Kenya in the first leg of the fourth qualifying round to the Tokyo 2020 Olympic Games.

In a match played at the Accra Sports Stadium, the Queens could not capitalize on home advantage and disappointingly drew, giving their opponent an advantage ahead of the second leg.

Coach Mercy Tagoe-Quarcoo fielded a strong team that managed to take control of the game from the onset. They pushed for an equalizer in the first 20 minutes of the game but were always thwarted in their runs.

Kenya had their moments but could not really threaten the host as both teams eventually went into the break with nothing to separate them.

A second half of no goals ultimately means that the second leg encounter which will be played in Nairobi next week will decide who goes into the next round of the qualifiers to the Tokyo Olympic Games.

Below is how the Black Queens line up for today’s match with the Harambee Starlets: