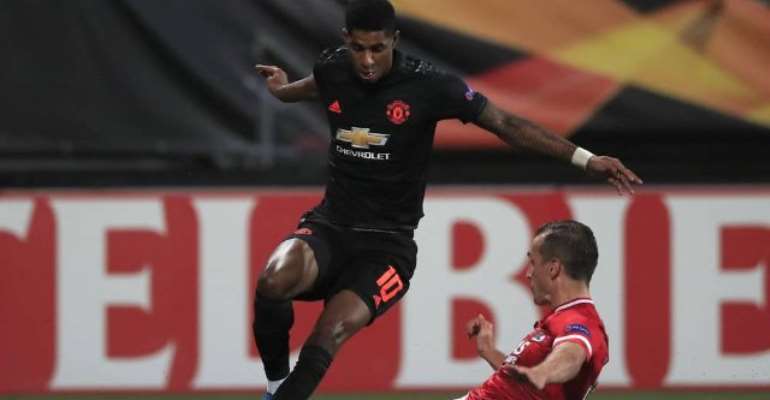 Manchester United's lean goalscoring form continued as they were held to a 0-0 draw at AZ Alkmaar in their second Group L match in the Europa League on Thursday.

For most of the evening on the plastic surface of the Kyocera Stadium in The Hague United never looked like scoring and failed to produce one effort on target.

The hosts carved out the better chances with United's David de Gea saving sharply from the lively Oussama Idrissi.

United's Marcus Rashford had a late penalty claim turned down but it would have been harsh on Alkmaar who claimed a second draw. United have four points along with Partizan Belgrade who beat bottom side Astana 2-1 away.