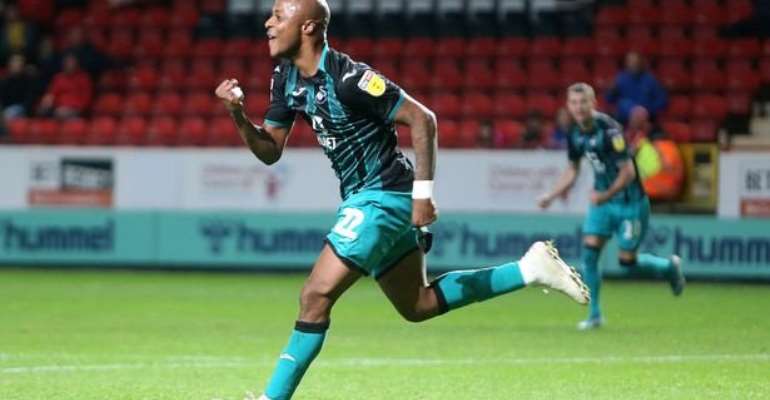 Andre Ayew scored his first goal for Swansea City a 2-1 win over Charlton Athletic on Wednesday.

The Ghana skipper found the back of the net six minutes after the hour-mark, to score his first goal for Swansea City since May 2016 during a Premier League fixture against Manchester City.

Ayew enjoyed the full duration of the match as the Swans grabbed their sixth league win of the season.

Steve Cooper's men bounced back from their 1-1 draw against Reading on Saturday, to secure maximum points in London.

The victory means City have 21 points from 10 matches.

They host Stoke City next on Saturday.